The spatial categorisation ‘Common Region Test’ could be a useful tool to screen for neurodiverse conditions such as Autism Spectrum Disorder (ASD) and Attention Deficit Hyperactivity Disorder (ADHD), according to research from London Met.

The test asks children to allocate a place to an object or a region to a group of matching objects; with neurotypical children generally responding differently to those with neurodiverse conditions.

Finding ways to screen for and understand ASD and ADHD is important because it means families can potentially receive a diagnosis sooner - parents could potentially assess their own children in a few minutes. Identifying these disorders means that targeted interventions can be made earlier, in some cases to alleviate symptoms, in others, to develop coping strategies.

The Gesalt principle of proximity

Led by Professor Christiane Lange-Kuettner, Senior Lecturer and Psychologist at London Metropolitan University, the study investigated how typically developing children and those with ASD and ADHD grouped objects into spatial regions, and whether their approach to determining groups was systematic or not.

The children were given patterns of dots which were arranged according to what’s known as the Gestalt principles of proximity and similarity, and were asked to draw a circle around the ones they thought would belong together.

Overall, the researchers found that young, typically developing children initially pay no attention to the Gestalt principles of proximity and similarity because they allocate individual places to individual objects, and they do not group them together into regions. But this changes with age so that grouping - which is also a major factor in memory capacity - begins to emerge in this spatial categorisation task once they attend school.

The research is published in the Journal of Motor Development, the flagship journal of the North American Society for the Psychology of Sport and Physical Activity. 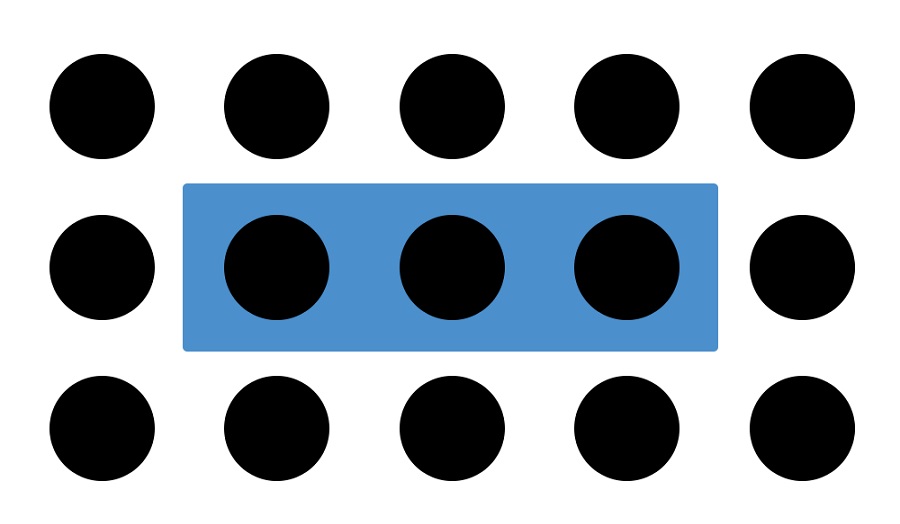