Professors Louise Ryan and Don MacRaild explore the ways in which nations and their people have historically been stigmatised by disease.

On 18 March 2020 President Trump referred to coronavirus as ‘the Chinese virus’. On 23 June he used the racially inflammatory phrase ‘Kung flu’. In Britain, for instance, the Telegraph newspaper printed an article on the ‘Wuhan flu’ clearly blaming China not only for the initial outbreak but also for failing to act quickly enough to stop the global spread of the disease. Moreover, there are many instances of historical stereotypes being re-invoked to associate the virus with ‘Yellow Peril.'

The labelling of coronavirus as a ‘Chinese virus’ or ‘Chinese flu’ resulted in numerous attacks on people of Asian background in many countries, including here in Britain. Whilst the virus was not carried only by Chinese aeroplane passengers, Chinese and other East Asians in Britain have experienced ‘a shocking level’ of increased hostility (Pang, 2020).

Diverse Chinese communities, until recently considered model migrants, have now become the scapegoats of the pandemic. In London, the Metropolitan Police recorded 166 verbal, online and physical attacks in February and March 2020 where the victim was described as East Asian appearance. Home Office Minister, Susan Williams, confirmed to MPs that there had been a notable increase in hate crimes. Government sources confirmed that far-right groups were using coronavirus as an excuse to attack people of ‘Oriental’ appearance. In several cities across the UK there have been reports of violent assaults on students of Chinese appearance, e.g. in Sheffield and Southampton.

The current pandemic reveals numerous examples of how disease can become racialised across public discourses. But there are valuable lessons we can learn from history, and previous pandemics, to understand why some racialised groups get blamed for spreading disease and what are the real social impacts for such communities. For example, during the SARS outbreak in Canada in the early 2000s, historical anti-Chinese stereotypes were quickly re-invoked. SARS was described in one newspaper as the ‘Peril from the East’. Anti-immigration website CanadaFirst, published five articles on SARS ‘superinfectors’ to convince its readers that ‘immigration can KILL you’. This was not just rhetoric, it also had a real impact on Chinese communities as the number of visitors to Chinatowns and customers to Chinese restaurants fell dramatically.

Throughout recent history, there has been a persistent association between migration and the spread of disease. 'Regardless of the evidence, metaphors of plague, and infection have circulated and been used to marginalise and keep out diaspora communities in host countries in an effort to 'exclude filth' (Harper and Raman, 2008: 3). For example, the cholera epidemic in New York in the 1830s was blamed on the large numbers of Irish migrants arriving in the city. Such concerns led to strict immigration controls and intrusive medical test at ports. While at Ellis Island in New York harbour, Irish and other European migrants were scrutinised and checked, on the west coast, at Angel Island in San Francisco bay, migrants from Asia, especially China, received similar treatment. Like the Irish, the Chinese were also blamed for the spread of disease. For example, in the early 1900s an outbreak of bubonic plague in San Francisco was blamed on Chinese migrants.

In Britain, in 1847 Typhus Fever broke out and was quickly labelled ‘Irish Fever’. Similar to coronavirus today, the spread of typhus was associated with the movement of people. The arrival in Britain of tens of thousands of Irish people fleeing famine in Ireland, was associated with the spread of the virus. Those with the disease were forced into isolation in quarantine hospitals and were met with sometimes intense hostility and some were even forcibly deported back to Ireland, despite the prevailing famine conditions in that country. Working-class violence against the Irish grew in this period and sectarianism expanded. There were also leading British public figures who blamed the Irish themselves for their lifestyles and chosen living conditions that underlined a propensity to disease and unhealthy living. Illness became racialised. This experience holds valuable lessons for today as migrant and minorities are blamed again for spreading disease because of their lifestyles.

Blaming migrants and ethnic minorities not only for bringing disease into a country but also for spreading that disease through their ‘unhealthy’ lifestyle choices is familiar rhetoric and is still heard today. Recently the realisation of disproportionate numbers of deaths among Black and Asian people in the UK, from Covid-19, has led to many public discussions about why some ethnicities may have a propensity to succumb to the virus. There is a clear risk here of falling back upon old cultural stereotypes and reinforcing racialised notions of healthy and unhealthy ‘races’. History can provide a valuable lesson. Rather than focusing on lifestyles, more attention is needed to persistent inequality, poor accommodation, overcrowding, lack of access to outdoor spaces like gardens, as well as low income, deprivation and the associated impact on health outcomes.

Comparative research, informed by a historical lens, can help us to see similarities in how particular racialised groups have been scapegoated and blamed for previous pandemics. Learning lessons from earlier experiences may be useful in helping to mitigate the negative impact of the current situation. With this in mind, along with our colleagues at London Metropolitan University, we are currently developing a project to undertake new comparative research on the current pandemic and the typhus pandemic of the 1840s to examine how and why particular groups become targeted and racialised during such health crises. We want to understand the consequences for those targeted communities and how they act to mitigate the social and economic impacts of racialisation. If successfully funded, our project would begin later this year.

This article was first published on the COVID-19 Anti-Racism Group (CARG) blog, and follows the success of the GDIRC's highly pertinent poetry evening, which considered the ways in which nations are stigmatised by disease.

Professor Don MacRaild is Pro-Vice-Chancellor for Research and Knowledge Exchange and Professor Louise Ryan is Director of the Global Diversities and Inequalities Research Centre and Senior Professor in Sociology. 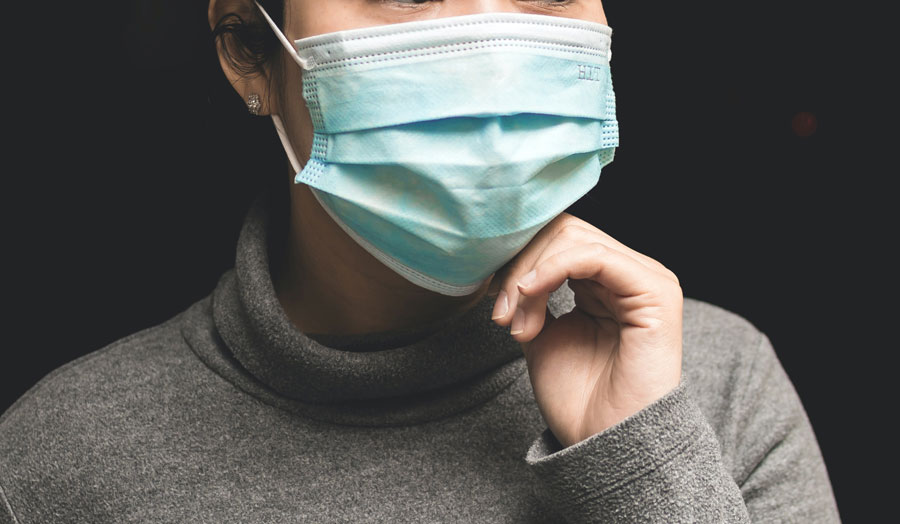