As part of Black History 365, we share an extract of an award-winning story by London Met alumna Irenosen Okojie which explores the experience of being Black and African in London.

Grace Jones tells the story of Sidra, a woman whose life is consumed with guilt. In a devastating tragedy, thirteen-year-old Sidra loses her entire family to a fire that destroys their flat. Years later, Sidra finds herself working as an impersonator of the famous Jamaican singer, model and actress Grace Jones. In this heart-wrenching account of loss, fractured identity and bereavement, Okojie deftly layers the psychological trauma of the daily experience of a Black woman in contemporary British society and of the specific tragedy that befalls Sidra.

The story won the AKO Caine Prize for African Writing, for which Irenosen received a £10,000 prize. Chair of Judges Kenneth Olumuyiwa Tharp CBE praised Irenosen’s work, saying it “moves exquisitely and seamlessly between the exploration of the universal experiences of unspeakable suffering, pleasure and escape, and the particular experience of being Black and African in a global city such as London.”

We share the following extract with permission from Irenosen. The full story can be read on the Caine Prize’s website.

Sidra had first seen Grace on TV. She must have been around thirteen at the time. She’d been chasing Carla and Dorian, who were playing with a set of screwdrivers behind the sofa, darting forwards and backwards in a mock game of fencing, shouting “En guard!” sporadically, brandishing the screwdrivers like long, elegantly carved swords.

The washing machine was spinning. The windows were open to hide evidence of her botched attempt at gumbo. The smoke alarm was broken. Half an hour earlier, it had beeped incessantly. In her frustrated efforts to silence it, she’d broken it with a broom. But none of that mattered because a woman who looked like her was on TV. Pulled to the screen by an instinct she didn’t quite understand, she starred. It was on BBC1. She’d never seen a black woman so unapologetically dark on the screen. It was beautiful and she was hypnotised.

Dressed in an all-black catsuit, the woman was tall, striking, otherworldly, confident. Her mouth painted fire-engine red, her head was in an off-yellow helmet shaped like a bee’s nest. Sidra half expected a swarm of bees to hover over the woman’s head, the queen bee in action. She felt as if they’d shared the same womb, separated by a few decades and a trail of bees’ fat with mutual DNA and womb lining.

She repeated the words aloud, feeling them roll off her tongue while the washing machine spun, while Carla and Dorian swapped the screwdrivers for Power Ranger toys starting wars in patois. The screen jumped, flickered, the picture vanished. Grace had been brought to her on a signal from Jupiter. She grabbed the hanger on the floor behind the TV, stretched its curved head and inserted it into the television’s aerial socket. The picture returned. Grace was gone, replaced by an item on an infected brand of milk. Her heart sank but the image of Grace was burned into her head as if with an iron. She ran to her mother’s room, opened her make-up drawers searching through the lipsticks, pouting her lips. She flung the wardrobe door open, its mirrors multiplying her automatically. She dived in. In the dark, she heard the flutter of a wing. A bee with a fire-engine red mouth floated in a trail of static.

Sidra hopped into a cab to East Dulwich, the Roland Mouret jacket shimmering in the cold night. Her Yves St Laurent perfume mingled with a scent that smelt oddly like potpourri. Her red velvet, backless catsuit was warm and luxurious against her skin. In the back seat, she could make out the top of her face in the rear-view mirror; short back and sides, no fuss, good to go. Dangling from the mirror was a miniature golden Aladdin-esque lamp. She sank into the seat as the city unfolded, fingers tracing the possibilities of the inky darkness, picturing the lamp spilling gasoline into the hemline of a dress she’d decided not to wear. She rolled the window down as the driver talked non-stop about being a boy in Damascus. The cool breeze pricked her skin. She closed her eyes, the driver’s ramblings seeping in almost subconsciously. 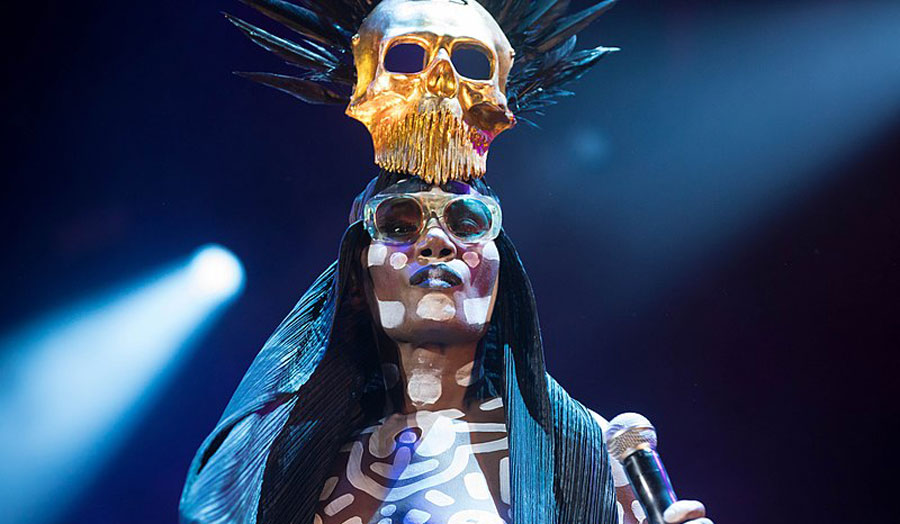