The power of collective mourning

Dr Denise Turner reflects on the #StarsInMemory campaign, a collective act of remembrance for the Social Work and Social Care sectors, and those who have lost their lives to COVID-19.

In April 2020 shortly after the UK went into lockdown I was invited by Sean Holland, the Chief Social Worker for Northern Ireland, to contribute to work, alongside Queens University Belfast. The work was aimed at acknowledging the losses people had experienced during COVID-9 and exploring the potential consequences of these. With my colleague Dr Amanda Taylor – Beswick from Queens University Belfast, we responded to  Sean’s initial invitation by co-authoring a blog which recognised the unparalleled death toll during COVID-19, as well as the effects of social distancing on the rituals and processes which traditionally follow the loss of a loved one.

A few months after the blog was published, we received an email from Hilary Woodhead, the Executive Director of the National Activity Providers Association. Hilary had read the blog and reached out to us to ask if we would work with her on supporting the Care sector, which has found itself at the centre of political and media debate during the current pandemic. Together, we agreed to develop an event which recognised the losses experienced by the Care sector during COVID-19, whilst simultaneously uniting people in a collective act of remembrance. Despite rituals such as the rainbows and #clapforthe carers, there has been little mutual recognition of the grief that people have experienced, nor of the significant role played by social work and social care.

We developed the idea of #StarsInMemory, a collective ritual based on a legend attributed to the Inuit’s:

“Perhaps they are not stars, but rather openings in heaven where the love of our lost ones pours through and shines down upon us to let us know they are happy.”

The idea was that people make a star to remember a loved one, or some form of significant death/loss during COVID-19 and display these on 30 June, in their window, or post them on social media under the hashtag #StarsInMemory - thereby casting light and giving visibility to shared loss. Within a week, the event was supported by over thirty leading associations including Care England, National Care Forum, Marie Curie and the British Association of Social Workers.

On 30 June on social media,  the hashtag #StarsInMemory filled with hundreds of contributions as  Care homes and individuals across the country tweeted their pictures and even videos. The event was widely covered by local and specialist media including a piece in the Huffington Post.

At a time when we have all been separated from each other, and our normal lives and routines have been so disrupted, this act of remembrance showcased the healing power of collective action, as well as shining a light on the losses encountered by the social work and social care sector during COVID-19.  I would like to thank all those involved, including all the Carers organisations below, the British Association of Social Work and students at London Met for all the support they gave to the event. 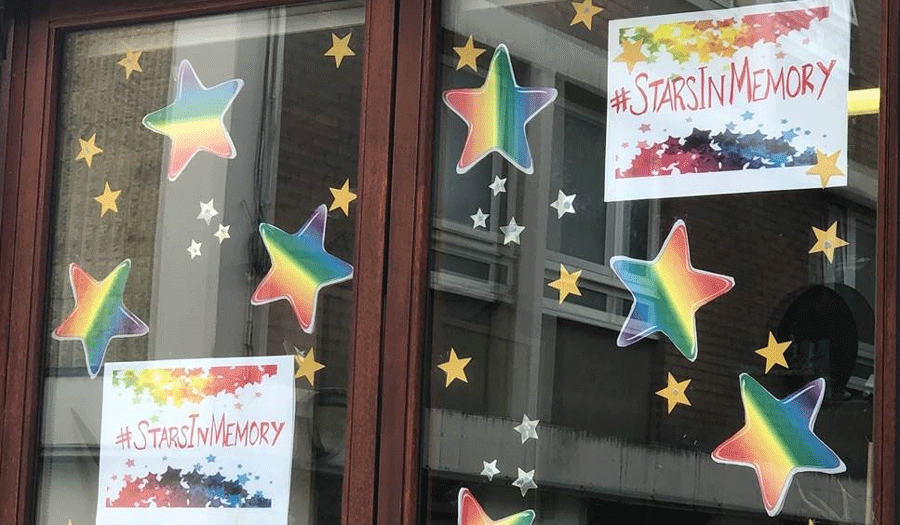