Polarisation in the Polish Presidential Election

Dr Angelos Chryssogelos, lecturer in Politics and International Relations, takes a look at the Polish Presidential Election and what is causing the political divide within Poland.

The Polish presidential election in many ways conforms to the frames international observers have become accustomed to using in recent years. The second round saw incumbent nationalist president Andrzej Duda narrowly beat the liberal mayor of Warsaw, Rafał Trzaskowski. Duda was overwhelmingly supported in the countryside and Trzaskowski in the big cities, with Duda’s voters being older and less educated than Trzaskowski’s. The more economically developed Western Poland voted for Trzaskowski while Duda dominated in the deprived East.

Poland, like so many other democracies, appears deeply divided between a nationalist-populist and a liberal pro-European camp, two irreconcilable worlds.

Much of the above of course is true. Many of the systemic forces that have impinged on Western liberal democracies in recent years have contributed to a surge of populism.  The same metropolitan-rural divide and social polarisation we see elsewhere are in play in Poland as well: cultural discontent with globalisation, uneven economic growth, partisan media, the role of the internet in forging separate, and incompatible political ‘bubbles’. There is also much truth in analyses that point out the immediate repercussions of Duda’s victory for European politics, such as a hardening of the ruling Law and Justice (PiS) Party’s agenda of controlling the judiciary.

Yet behind this picture of polarisation and imminent dangers to Poland’s relationship with its European partners, this election has given hints of deeper changes in Polish politics and society.

First, while the PiS government now has three years ahead of it without any electoral challenges, its dominance cannot be taken for granted.  It relies on a combination of control of state institutions, a positive economic climate to fund its welfare programs and its ability to draw on resources from Poland’s Western allies. While the first element – control of state institutions – now seems secure after Duda’s victory, the latter two may come into doubt amidst a pandemic-induced recession, the EU’s intention to make transfers to Poland conditional on respect for rule of law, and a potential change of the US presidency in November.

But inside Poland, PiS’ rule is not as monolithic as it appears. There is a wide spectrum of liberal, leftwing and even conservative opposition to PiS. Duda’s victory can be even considered underwhelming given the vast advantages of incumbency, the highly partisan tone of public media in his favour and the efforts of the government to sabotage his opponent. Unlike the Fidesz single-party rule in Hungary under Viktor Orban’s total control, the PiS camp is more diverse and harbours many politicians with ambition, not least Duda himself. Everything is held together by the intellectual and strategic direction provided by PiS president, the ageing Jarosław Kaczynski. It is unclear who will succeed him in his role as leader of PiS, and it is an open question if Duda, now safely reelected, will try to forge a new role for himself in the coming years.

Even more so, there is a persistent current of anti-establishment opinion in Poland that habitually finds expression in presidential elections. In the past, PiS as a populist opposition party had capitalised on this sentiment. In 2015 rock star Paweł Kukiz had a surprise showing in the first round of the presidential election. His right-wing populism reflected a broader nationalist-conservative malaise with liberal politics in Poland that a few months later propelled PiS to victory in the 2015 parliamentary election. In this election, however, we may have witnessed the first signs of this anti-systemic feeling directing itself against the new incumbent party: PiS itself.

It is not clear how this anti-systemic undercurrent will be expressed. There may be something to the impressive first-round showing of liberal Catholic journalist Szymon Hołownia, who wants to build a moderate movement to cut through the conservatism of PiS and the liberalism of the opposition. PiS should also worry that Duda failed to win in the second round more than half of the first-round vote for the authoritarian far-right. The far right’s candidate, Krzysztof Bosak, did well among young voters in the first round; if they vote for the right, young people in Poland prefer radical candidates to PiS’ social conservatism and economic paternalism.

Then there is the question of the liberal opposition. These elections represent a milestone for Polish liberals who have long dominated institutions, media and culture since the Solidarity-led democratic transition of 1989. It is now clear that PiS has terminally upended the transition consensus be it in economic, foreign or social policy. Meanwhile, sociocultural issues like church-state relations, LGBT and women’s rights, and historical memory are becoming objects of highly partisan contestation. In this climate, the traditional conceptions of Solidarity elites do not represent anymore an appealing proposition of change.

In this sense, Trzaskowski’s candidacy may be the harbinger of a new brand of modernised liberal politics. As mayor of Warsaw, Trzaskowski expressed advanced positions on a number of social issues. He had to tone these down in the election to compete with Duda, but social liberalism is increasingly becoming the marker of opposition to PiS as the latter weaponizes hostility to minorities to mobilise its conservative rural base. At the same time, Trzaskowski expressed some pro-welfare positions, an important step for a Polish centre-right politician.

Much like the ruling nationalist camp, and contrary to the impression of stability that polarisation creates, the liberal camp in Poland may also undergo fundamental changes in the coming years. The political identities that Poles espouse in the coming years may nominally be the same as today but their meaning may be very different. 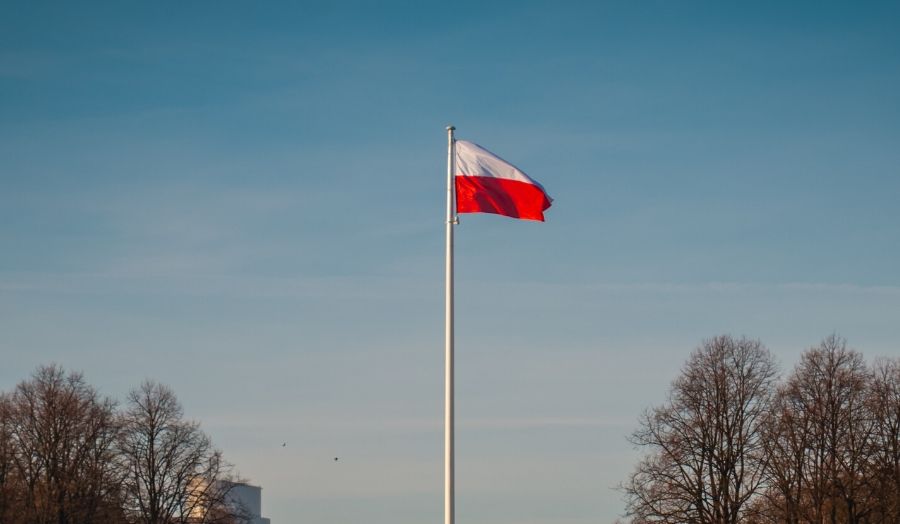