Women in Property 2016 News from the School of Art, Architecture and Design

The Association of Women in Property encourages girls and young women to enter the property and construction industries through an extensive education programme that includes its own National Student Awards, now in its tenth year. Amy will go on to the national finals, which take place in September. Amy was one of 29 students nominated by their universities to enter the south east section of the awards, from which three winners were chosen, representing three regions in the south east. The students present a design project that they're working on and are interviewed by the judging panel. The project was a competition entry for the Metlife building in New York City, completed in January 2016.

Amy was taught by Cheryl Pilliner-Reeves via a longstanding service agreement with City University whereby staff from The Cass teach architecture modules on their Civil Engineering with Architecture BEng course in return for tuition for architecture students at The Cass by City University's engineering lecturers. Tatyana Micic of City University has commented on the outstanding teaching methods that have created excellent results in their students academic achievements, increasing grades and attendance.

Talking about the success, Amy said: "Being part of The Cass was central to the design project I presented for the award. The project was exciting and different; designing something which had potential be made in real life gave me significantly more drive and incentive when producing the design. The insight into architecture has been fantastic, to see how to two disciplines combine has given me a greater appreciation for the design process and how architectural design is related to not just the building but the wider environment, for example how the building is used and the influences of the climate.

Even small aspects such as presenting my work on a regular basis helped. I was confident when presenting my ideas to the judges [and] receiving regular feedback from Cheryl helped to refine my ideas to drive the project in the direction I wanted to achieve. The skills I have acquired over the course of the year have made me, I feel, a more well-rounded student and as such when I go into industry I will have a better understanding of how to manage design expectations from both the client and designers."

Amy has qualified for the national final, which will be held at Claridge’s in London on 21 September. She will be competing with students from all over the UK for the coveted National Student Award trophy.

Sally Morris-Smith of Shepherd and Wedderburn, and Chairman of the south east branch, said: "Amy has done really well to win one of the regional awards and we are delighted she will be representing the south east at the national final in September. This is a tough competition with some extremely talented, enthusiastic and professional young women taking part, all of which bodes well for the industry recruitment pipeline.

"But this is very much a pipeline and the industry can’t afford to have any blockages. It is crying out for more young people to come on board. Despite the skills shortage, careers in property and construction are still largely forgotten, particularly for young women, when looking ahead past their GCSEs. We are calling upon schools – and parents – to remember the amazing opportunities offered by this industry, when they are giving careers advice." 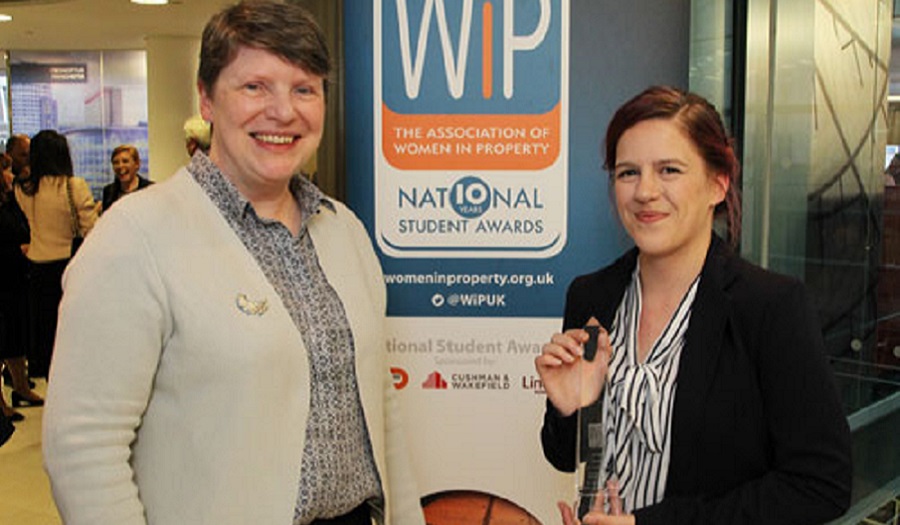