What do the police really think about body worn cameras? News

London Met criminologists interviewed City of London police officers. This is what they found.

It could be argued that policing is going through a tough time at the moment, with public trust being challenged by a number of high-profile cases. This has led to calls for more transparency from the police.

In response, a number of forces have trialled body-worn cameras.

Research suggests most members of the public support the use of body cameras. But what about the police? Do they think the cameras will help them, or do they dislike the idea?

This was a question that criminologists at London Metropolitan University set out to answer.

Dr James Morgan is the lead author of the new study on how officers in the City of London Police view body cameras. He surveyed 149 officers before and after they took part in a body camera trial.

93% of officers said they thought the body cameras would help collect evidence, Dr Morgan found – showing a lot of faith in the technology.

“Contrary to many assumptions regarding ‘cop culture,’ the officers surveyed and interviewed for this study were very progressive in their approaches to this new technology,” says James.

The majority think cameras should be compulsory

Over 80% of officers feel body cameras should be worn by officers.

“Police officers were mainly positive about the technology, most notably in the hope it would reduce spurious complaints and give police the opportunity to show the pressures in which they work under,” explains James.

“The participants of this study wanted their own footage to counter negative portrayals of the police which might be found on social media, having their perspective and experiences better understood by the wider public.”

But there is more work to be done

The London Met research also found a need for improvement in how the footage from cameras is used in court.

James added: “Despite the majority of Officers finding body worn cameras to be positive and empowering, some did reference a need to improve the way evidence is passed on to the CPS. This is perhaps understandable given the relative novelty of the technology during the trial.

“One of the aims of the report is to help the City of London Police improve their use of the technology, and it is hoped that, given the overwhelmingly positive response to body cameras among officers, this will lead to a more streamlined process.”

If you want to work in policing or security, or have an interest in criminology, you might be able to pursue a degree at London Met this September.

More than 95% of all 2016 London Met graduates are in work or further study, according to the latest government figures.

Read a more in-depth story about this research, and check out the full report here: Trialling body worn video cameras for City of London Police [PDF] 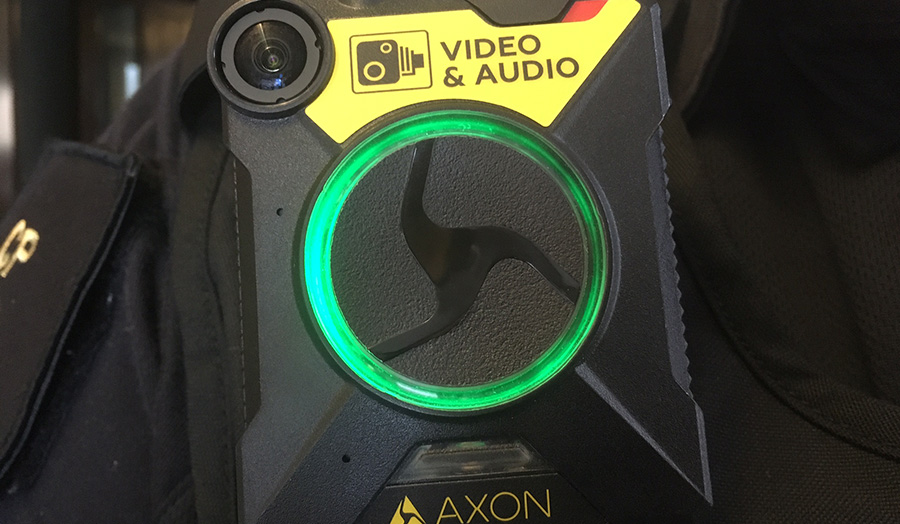