We have exciting plans at London Met to transform Holloway Road as part of a major redevelopment project. We want to create a more welcoming and community focused campus that better reflects our values as a university.

We wanted to hear local people’s views about the proposals and ran a major public consultation to help us do just that.

So, what did they say?

Jose Torres helps run El Rincon Quiteno, a family-run restaurant on Holloway Road. He said: “I think these plans will be really good for business, but will also be good for students too, especially as they’ll have more social space with the open courtyard.

“We’ve been here for 20 years and have noticed that the area has got quieter in recent years, and I think this will really give the area a boost.”

Moma’s Healthy Foods owner Mohamed Elzahry reckons the proposals “will be really good for the area.”

He said: “I think the changes will make the area better. I think more young people and students in the area will be good, and, of course, great for business.”

Local residents also expressed support for the project, with one saying: “I am really happy about it. Change is good and the ideas are clever. I hope [the University] can achieve these brilliant ideas.”

Asked about what they would like to see in the new open space, another participant said: “Activities and events to engage with the local community, such as yoga or Thai chi classes in the mornings and outside performances in the evenings, would be great.”

Other ideas in the feedback included “an open air cinema and ice rink like at Somerset House”; “lots of trees and greenery”; and “a water fountain.”

More than 50 local people attended the consultation, with the feedback being overwhelmingly positive.

Professor John Raftery, Vice Chancellor of London Met, said: “I’d like to thank our local neighbours and friends for sharing their thoughts about our plans and taking part in the consultation. It’s really important for us to know that our ideas are supported by the local community, especially as they will be key beneficiaries of this project alongside our students.

“We are excited about the positive impact we can make in Holloway and for the people of Islington.”

Although the feedback was primarily positive, some participants registered safety concerns about the campus being opened up, which the University has taken on board.

Phil Chapman, Director of Engagement, said: “It is quite understandable as we move to open-up the campus and engage the public that some people might want reassurance on public access and safety issues, and this is something we are already looking at.

“It is important to remember, though, that most of the teaching and learning spaces on our campus will be accessible only by students and staff. The spirit of the masterplan is to make the campus more welcoming, and we’re sure we can achieve that while keeping the campus secure and our learning community safe.”

Find out more about One Campus|One Community - London Met's visionary plans for the future. 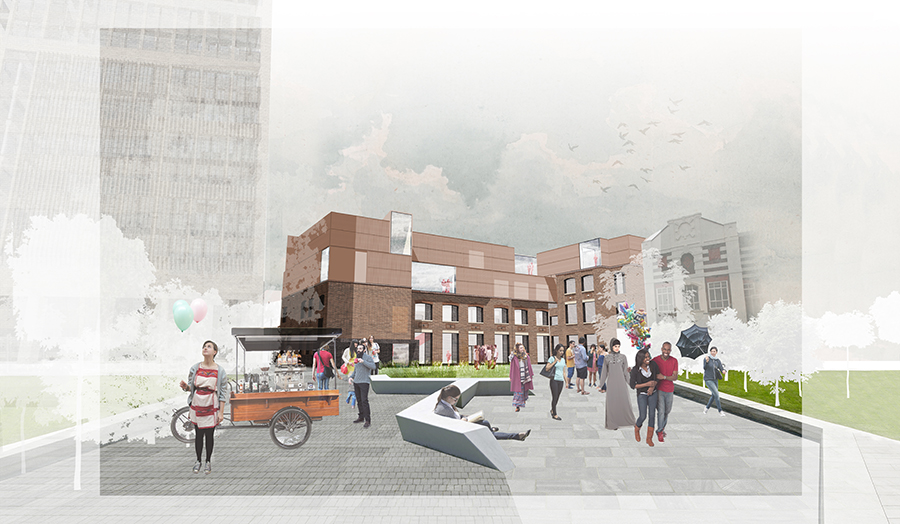