Nick Coleman, Airline, Airport and Aviation Management Course Leader, speaks on how Virgin Atlantic went from the brink of collapse to being the most powerful airline in just four years

In 2012, Willie Walsh, the chief of British Airways (BA), created a nasty dispute with Richard Branson, the founder of Virgin Atlantic, when Delta Airlines bought out Singapore Airlines’ stake in Virgin Atlantic for $350 million in 2013. The BA chief said that he saw this as the end of the Virgin Atlantic brand, much to his relief!

Fast forward to 2016 and Virgin Atlantic have just placed an order at the Farnborough Air Show for 12 Airbus A350-1000 in a deal worth $4.4 billion (£3.4 billion). This does not seem like the end of the Virgin Atlantic brand as predicted by Willie Walsh, now overall chief of the International Airline Group (IAG, including BA and Iberia).

What is it that Delta bought and why?

It seems a difficult scenario to understand but this purchase has already paid off handsomely, according to Ed Bastian, Delta’s CEO, with outstanding financial returns for Delta already. Virgin offered Delta a stronghold in the world’s most competitive air travel market, Heathrow to/from the USA, and it seems the loss of the Virgin brand is not part of the deal.

Branson famously offered to bet Walsh £1 million that the Virgin Atlantic brand would still be around in five years’ time but Walsh sheepishly declined. So the Virgin brand and the rights of a British registered airline based at Heathrow and Gatwick are worth protecting. The order of 12 new Airbus A350’s just goes to show that Branson’s strategic business brain should not be underestimated when it comes to making his brand (Virgin) the global force that it is in so many different sectors of business.

After some years of difficulty, Virgin Atlantic is back in profits and partially due to the extra feed that the vast Delta network offers for Virgin’s flights to the USA. It seems a marriage made in heaven and certainly a marriage that BA would like to have put off.

The Virgin network has been re-focussed to accommodate the twin jets strengths, a medium to long haul aircraft with a need for routes and capacity that complement the Delta network including Atlanta, Detroit, Minneapolis-St Paul and Seattle.

Find out more about studying Airline, Airport and Aviation Management. 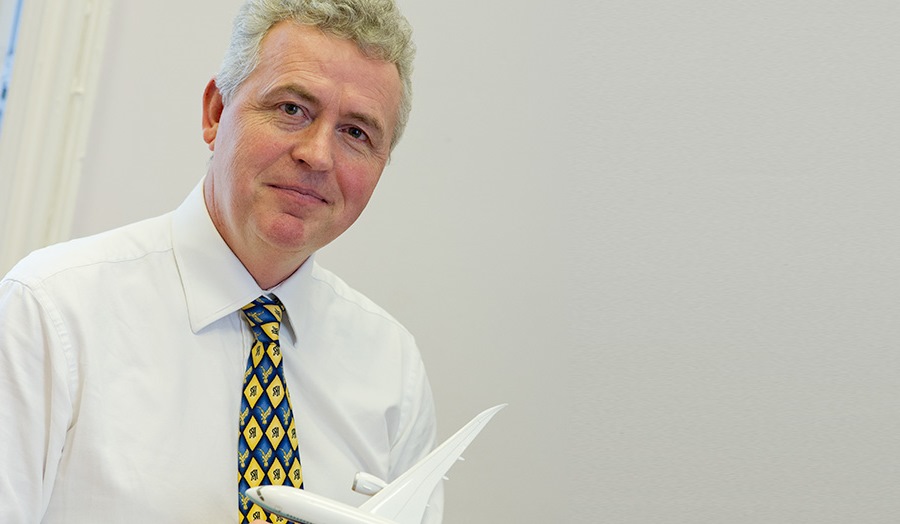