London Met’s Vice-Chancellor, Professor Lynn Dobbs, met with the University’s 16 new international scholars to warmly welcome them to the University, and to discuss how they were adjusting to life in a new city.

Coming from a variety of different countries, including Nepal, Pakistan, Somalia and the US, this is the first experience of London many of the scholars have had. Talking with the Vice-Chancellor about the opportunities the city has to offer, several students mentioned that the chance to live in the capital played an important part in their decision to study here.

They also discussed the positive learning environment at London Met, conveying their admiration for the academic structure of their courses, the level of interaction with their lecturers, and the practical application of the courses they were studying.

Professor Lynn Dobbs said: “It was wonderful to see how ambitious and confident our new international scholars were when talking about themselves and their journeys up until this big point in their lives.

“They’ve come to London Metropolitan University to learn new skills and ways of thinking, and I found it incredibly inspiring that, for many of them, their key aim is to take all that they’ve learned during their studies back to their countries of origin, to help make the changes they want to see. Striving for positive change is one of the messages I want to embed within every aspect of the University.”

The new group of students are a mixture of Chevening scholars and International Students’ House (ISH) London Met scholars, who are studying on a range of different Master’s courses.

This year’s Chevening scholars are:

The ISH/ London Met scholars are: 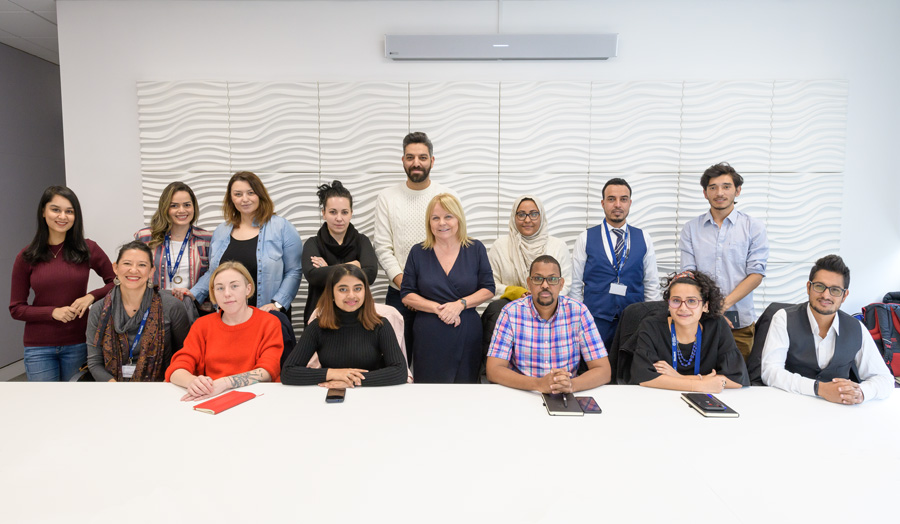