Winter Olympian Rosamund ‘Posy’ Musgrave visited London Met recently for a chat with the Vice-Chancellor about her experiences at the 2014 Sochi Games.

Posy, who studied MA Translation in the Faculty of Social Sciences and Humanities at London Met, was the only female cross-country skier in Team GB. Professor Malcolm Gillies invited the successful graduate to the University to congratulate her on such an achievement.

“We were delighted to see a University alumna taking part so magnificently in the Winter Olympics,” Professor Gillies said. “What a wonderful ambassador she is for our country, skiing and London Met.”

Posy described her Olympic experience as “phenomenal”, but is yet to decide if she wants to try for the 2018 Winter Games.

“I’m going to keep skiing for another year at least and see what happens,” Posy said. However, she also intends to put her MA in Translation to use. The talented graduate, who is fluent in French and Russian, is looking at freelance translating as a possible career choice. 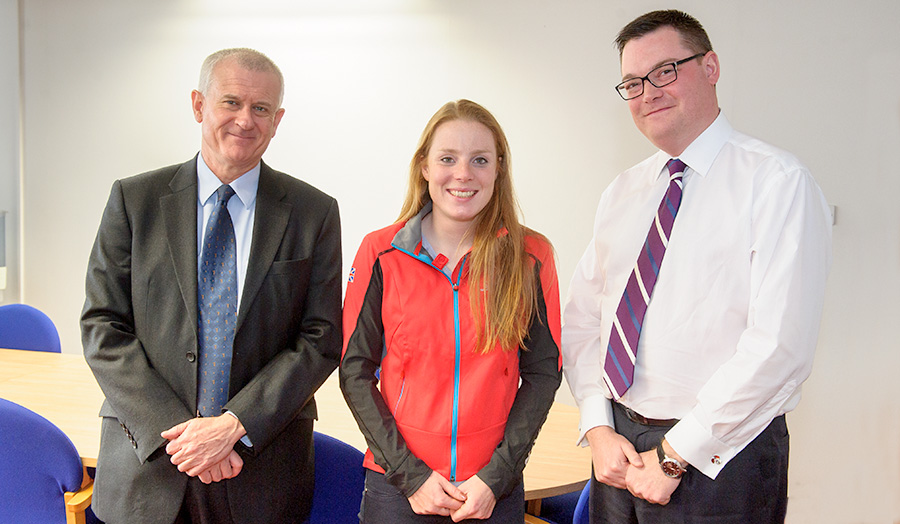