Speaking at a House of Lords reception hosted by London Met, the Minister said much of the ‘added-value’ and social impact of universities is not reflected in league tables, which focus instead on research output and student spend.

League tables fail to capture the “transformational quality” of access universities, he said.

“For the past few weeks we have been closely following the publication of university rankings and league tables,” said the Minister. “But I don’t think these listings tell you the whole truth.

“Many of the students at access universities are the first in their families to enter Higher Education, but league tables do not convey the importance of this. They don’t capture the transformational quality of universities such as London Met, which changes lives every day.”

Cobra Beer founder and London Met alumnus Lord Bilimoria also spoke at the event, held last week in the River Room at the House of Lords.

“I have no doubt that the new Vice Chancellor will do a fantastic job and that the University will continue to move from strength to strength under his watch.” 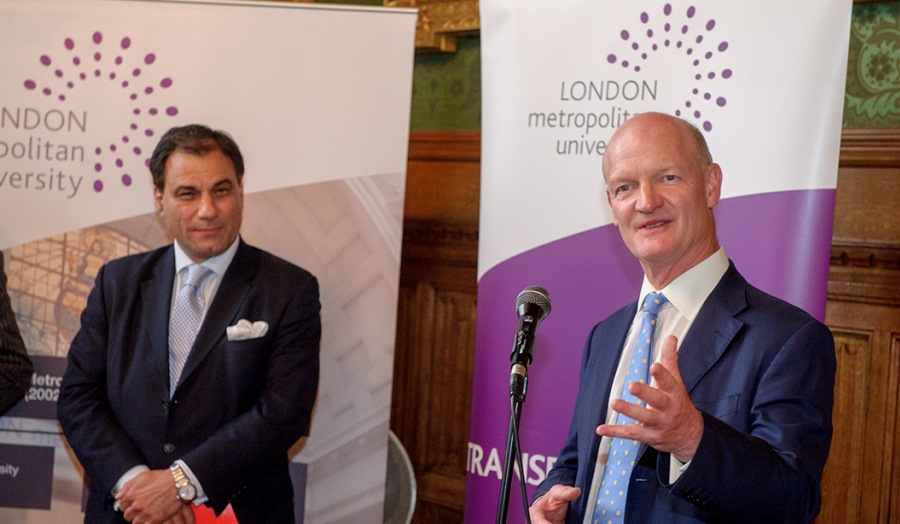