‘Solidarity’ highlights support for the strike among wider society.

The 1984/5 miners’ strike remains one of the most controversial and emotive periods of modern British history. Now, 30 years on, a new public exhibition aims to shine new light on the strike and the support it received beyond the mining community.

‘Solidarity’ will run at London Metropolitan University from 23 November and will be open to the public until 26 November. The exhibition will then go on tour across the UK throughout 2016.

The exhibition has been developed by the Trades Union Congress Library Collections, based at London Metropolitan University.

The exhibition uses materials from the TUC Library to outline the economic, political and social landscape at the time of the strike, as well as the causes of the dispute and the impact it had on the country’s mining communities.

However, the key thrust of the exhibition is how other social groups and organisations, not related to the industry, supported the miners, including the women’s groups, students and community groups such as Lesbians and Gay Support the Miners, the subject of award-winning British film Pride.

The display starts with material from the early 1970s when the first national mining strike was held since 1926, it then covers the period of the dispute, from March 1984 through to March 1985, in great detail.

The exhibit concludes with an overview of the aftermath of the strike and its legacy.

“This new exhibition marks one of the most defining events of post-war British political and social history,” said Jeff Howarth, the collection’s Academic Liaison Librarian.

“By using posters, leaflets and other materials produced at the time, visitors to the exhibition will gain a real sense of the nature of the dispute and the effect it had on people’s lives.”

The project has been specially funded by a grant from the Lipman-Miliband Trust to mark the anniversary.

The TUC Library Collections is home to an array of books, pamphlets, periodicals and other material focused on working conditions, industrial relations and the trade union movement. London Metropolitan University’s Holloway campus has been home to the collections since 1996.

The exhibition will be launched at special event on the evening of Monday 23 November and will run until Thursday 26 November. 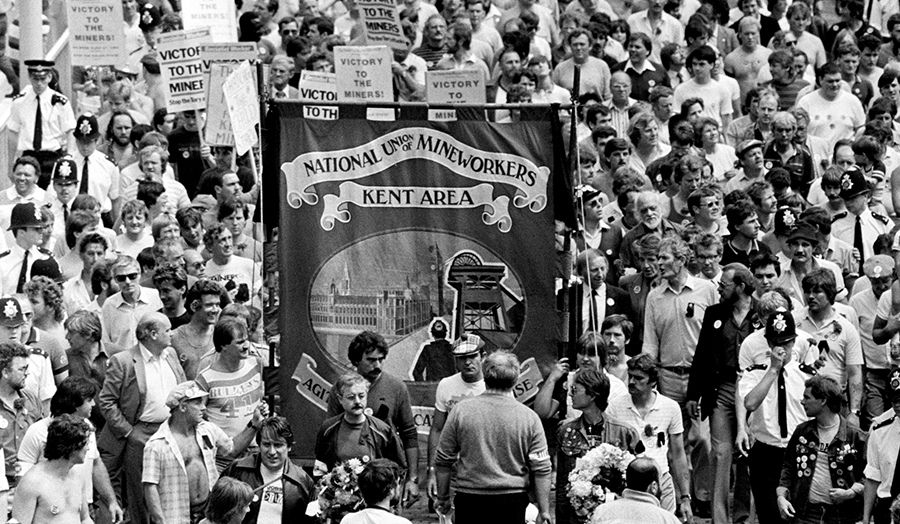