A Stone in the Forest Intentions in the design of the New Crematorium at the Woodland Cemetery in Stockholm.

The proposal merges with the Woodland Cemetery’s distinctive array of buildings without repeating, imitating or even alluding to earlier buildings. It is sui generis, characterised by a refined simplicity, a down-toearth feeling of form, colour and weight, with an architecture verging on the ascetic.

In A Stone in the Forest, the approach to the building is subdued, almost hesitant. The forest has been made part of the experience. The building lies secretive and compact, barely discernible from the forecourt. The approach to the crematory building has been given a soft-spoken setting which accords with the general ambience of the Woodland Cemetery. The short journey through the woods is in this way reminiscent of the journey to the Woodland Chapel. A Stone in the Forest is a scheme which highlights the gentle values and, accordingly, the scheme which succeeded best in finding its own key in the composite voicing of the original work."

Quotation from the competition jury assessment (2009) 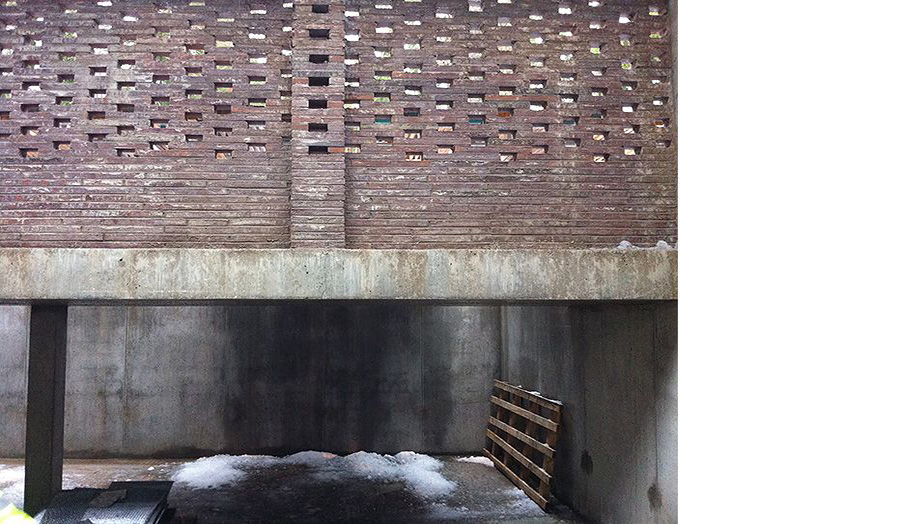