There will be nothing left to suck News from the School of Art, Architecture and Design

DOW Collective, a group of emerging curators from Curating the Contemporary MA, launch their inaugural exhibition at the Cass Bank Gallery.

‘There will be nothing left to suck’ is a new exhibition running from 11 to 26 May at the Cass Bank Gallery.

The exhibition has been curated by DOW Collective, a group of London-based curators from the Curating the Contemporary MA, which is run in collaboration between The Cass and the Whitechapel Gallery.

The collective, which includes Angela Pippo, Celine Roblin-Robson, Duarte Sequeira and Despoina Tzanou, has an experimental approach towards curating; thinking about the way art is experienced inside and out of the gallery setting.

Stimulated by the question “What if…?”, the exhibition suggests scenarios in the post-present, proposing alternative, unexpected- futures. The show will look to a time where small decentralised communities reclaim the concept of development from larger centralised powers; and reinterpret it through the reappropriation of materials. ‘There will be nothing left to suck’ sees both national and international artists question the plausibility of a future where development has superseded itself and production has ceased.

Setting the tone and overall narrative, Katharina Ludwig presents a commissioned text to be performed on the opening night; and exist after in the space as a relic, tying in the idea of what is left behind and how we use it. Part-prediction, part-sermon, the text is a warning of what has/is/ will happen.

Luke Overin will also be producing a new commission for the exhibition that will incorporate utilitarian objects he finds abandoned in urban and suburban landscapes. The installation will form a maze-like trajectory largely engaged in ritual, geography and a sense of place - realised and dismantled through photographic, film, installation and mixed media based works.

Byzantia Harlow will focus on the theme of reusing and reproducing by reorganising previous works to create a new piece. Like Overin, she will be exploring the thin edge between the desired and the discarded, the valued and its detritus, through replicating objects of mass production and consumption in combination with digitally appropriated elements to create an imprint of culture.

The six screen video installation Suck the Living Labour by Pil and Galia Kollectiv, from which the name of the show is derived, explores the contradictions of current manufacturing systems. The project, originally commissioned and presented in 2013 by Ort Gallery, refers to the generational conflict and mutual dependency between old and young, past and future.

Similarly, Ricardo Passaporte will be showing a new body of work referencing capitalism by using mass produced branding icons. His work explores corporate branding, which embodies the struggle and proletarian class, and is an identifier for the consumerist experience.

Catherine Biocca’s video installation MR PRESIDENT’S RUN RELOADED reflects upon the notion of time in our contemporary condition affected by the constant need for high speed / real time interactions. The work satires the act of chasing a vague purpose and a supposedly better, but unknown, future.

Conversely, Sophie Rogers will offer a potential future in x=0 y=0 z=0, a place waiting for us when we have run out of all natural resources and have to leave Earth. The new location is no longer physical, and it cannot be destroyed, it is forever renewable.

‘There will be nothing left to suck’ runs from 11 to 26 May at the Cass Bank Gallery, Central House, London Metropolitan University. 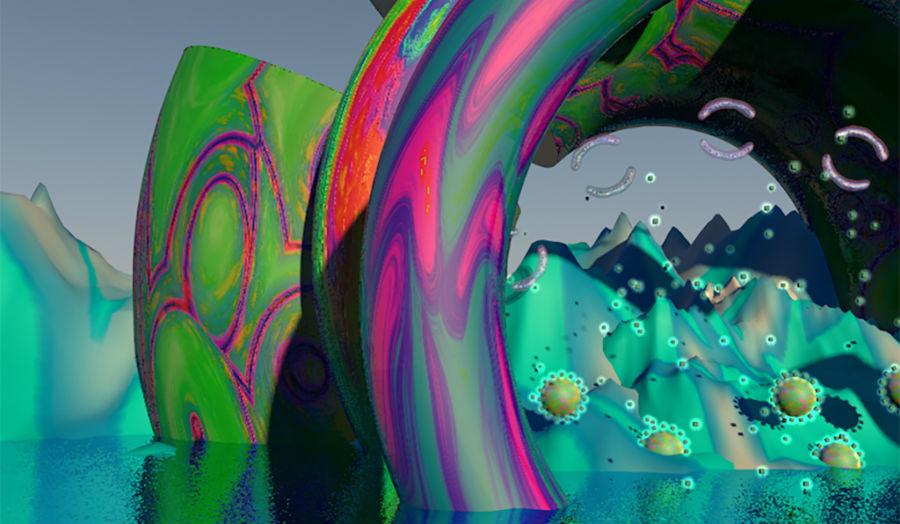