THE WHOLE WORLD IS AN ART SCHOOL! News from the School of Art, Architecture and Design

A new exhibition of work by artist and activist Bob and Roberta Smith, who is an Associate Professor in Fine Art at The Cass, has opened at Von Bartha’s Gallery in Basel.

The gallery space will be completely transformed into an art school for the event, in which visitors will find themselves in the role of students. 'The Whole World Is An Art School' will ask the audience to confront the motives behind artistic practices and acknowledge the “nonsensical purposeless” of the inspiration-finding process.

The works in the exhibition will include painted calls to action by Bob & Roberta Smith that instruct visitors to take part in creative activities within the gallery. The exhibition will also feature examples the artist’s famous slogan-based works created on discarded wood, many appearing in Switzerland for the first time.

Bob and Roberta Smith has been an advocate of the importance of the arts in education, through his art work, public appearances, social media and exhibitions including the ART PARTY CONFERENCE and film, the ARTS EMERGENCY RESPONSE CENTRE at The Cass.

In April 2015, he stood against Michael Gove in the General Election, attracting widespread media coverage for the issues facing arts education. On the 21st January 2018 he spoke at the All-Party Parliamentary Group for Art, Craft and Design in Education in Westminster – Read a transcript of his talk.

Read more about the exhibition at Von Bartha. 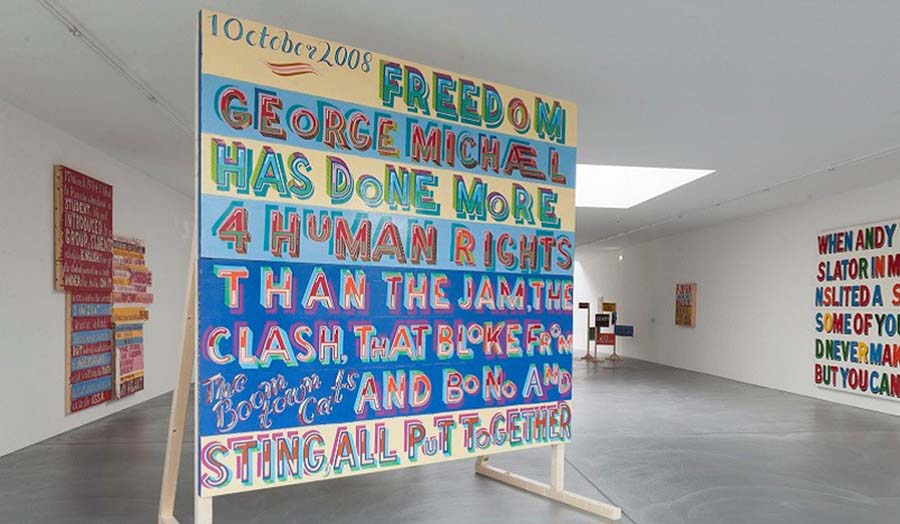