Dr Noel-Ann Bradshaw, Head of School Computing and Digital Media and currently President of the General Section of the British Science Association gave her presidential address at this year’s British Science Festival dressed as Florence Nightingale.

Her talk 'The Lady with the Maths' described how Nightingale used her knowledge and understanding of mathematics and statistics to investigate the high mortality rate in the British Army.

Delivered with passion and humour the lecture was both entertaining and informative and gave the audience an insight into another side of Nightingale as someone who used data, statistics and data visualisations to help government and Army officials make better decisions.

Indeed Nightingale’s research into the high mortality rates of the British Army paved the way for new guidelines concerning the improved construction of future barracks and hospitals which played a major role in improving the health of the armed forces and gaining her recognising as a statistician (she was the first female Fellow of the Royal Statistical Society).

Dr Bradshaw was given the honour of wearing the BSA medal, previously worn by notables such as David Attenborough, Steven Pinker, Douglas Adams and Jonathan Miller. 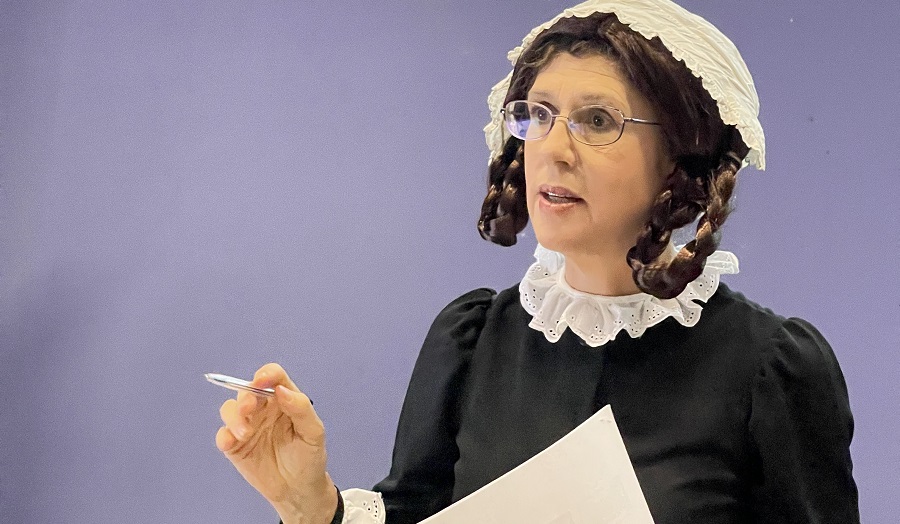