Long term collaboration between The Cass’s Susanna Edwards and author and filmmaker Iain Sinclair celebrated as part of new exhibition.

Works by Susanna Edwards, Head of Cass Visual Communication, will be on display at Gallery 46 as part of the ‘The House of the Last London’, an exhibition by author and filmmaker Iain Sinclair.

The exhibition accompanies the publication of Sinclair’s latest book, The Last London, in which he documents his urban wanderings, striking out on a series of solitary walks and collaborative expeditions to make a final reckoning with a capital stretched beyond recognition.

The exhibition, ‘House of the Last London’, celebrates the collaborations between Sinclair and various film-makers, artists, musicians and curators over the course of the project, which began in the 1960s.

Susanna has collaborated with Iain Sinclair many times over the years, translating Sinclair’s writing into visual works through a variety of mediums, including letterpress, printmaking, photography, 3D and film. Their collaboration has resulted in a number of projects and inspired ongoing PhD research.

‘The House of the Last London’ will feature works by Susanna, all of which have been created in response to one of Sinclair’s books, and include signage created in response to a journey from Aldgate to the sea as documented in Sinclair’s book, Estuarial Lives; letterpress and image photogram process work from, London, City of Disappearances; silkscreen posters inspired by Hackney, That Rose-Red Empire; and limited edition letterpress poetry linked to Marinade XII.

The ‘House of the Last London’ runs from 8-17 September 2017 at Gallery 46, Ashfield Street, London E1 2AJ. The exhibition is open 12-6pm Monday to Saturday and includes a Private View on 7 September at 6pm. 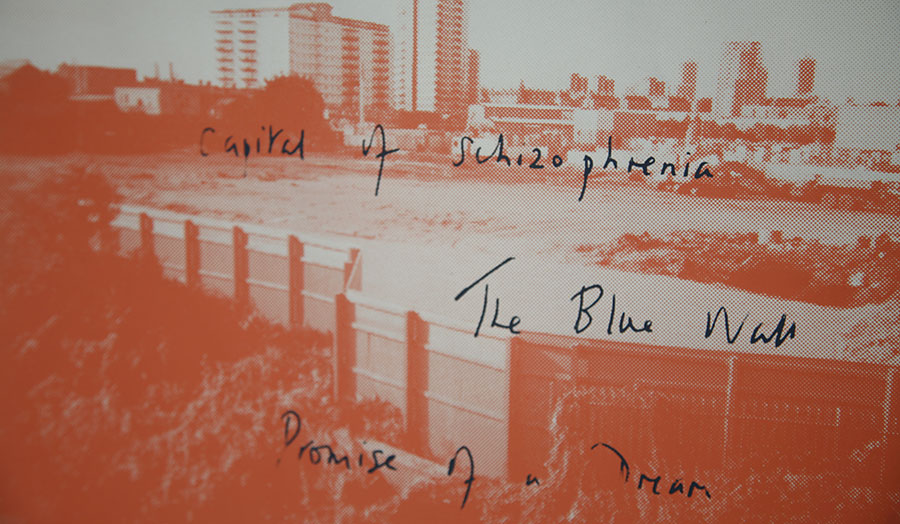