Cass students have produced an animated installation project at the Rosemary Branch Theatre for The Boiler Room as part of Suspense Festival of Puppetry 2015.

The very special animated installation Rapunzel has seen the students collaborate with celebrated Japanese audio visual artist Noriko Okaku. Rapunzel is an immersive audio-visual installation-performance which involves projection mapping and VJ techniques resembling a Vaudeville magic lantern show. The upstairs bar of the Rosemary Branch Theatre will be transformed with panoramic scenes from the fairytale appearing in the windows to give audiences the sense that they have been transported into a fairytale world.

The three-and-a-half minute piece will be retold several times in different genres including Japanese fairytale, Western and Science Fiction. Noriko Okaku directs the piece, with a soundtrack written by Italian composer Enrica Sciandrone.

Rapunzel complements a programme of Suspense performances happening in the theatre over three days.

Visitors to The Boiler Room, presented by Little Angel Theatre company, The Pleasance and the Rosemary Branch are promised a world of bubbling raw talent, brand new theatre crafted by tomorrow’s puppeteers and storytellers including talent from UK universities and colleges. Audiences are also invited to join a Q&A after each performance where the students will talk about their work and process. 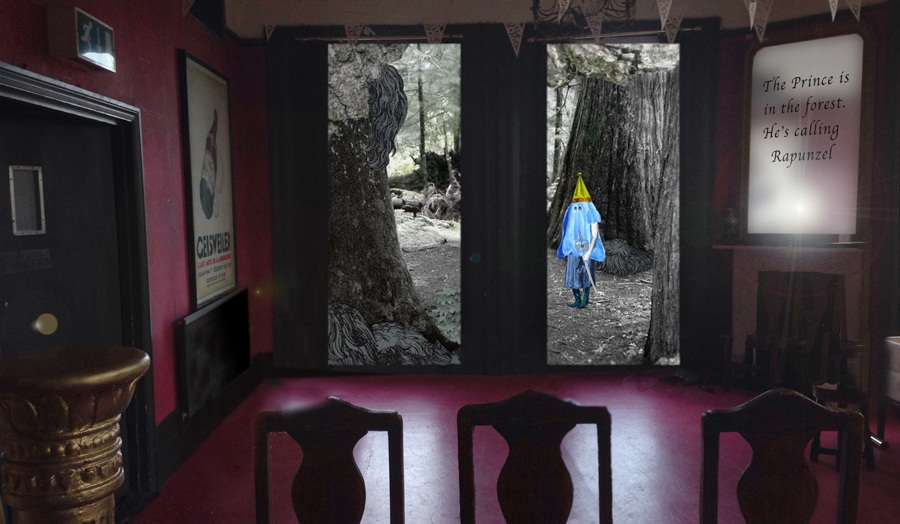