Swiping Mr Right will make its debut at national film festival in London.

Swiping Mr Right follows Kim as she uses tinder to go on dates. It looks at the concept of living in a city full of singles, such as London, and how dating apps are trying to make meeting people easier.

“One swipe on Tinder could lead to an awesome date with Prince Charming,” said Kim.

“But do dating apps really make dating easier or are we overrun by all the new possibilities we get?”

Kim went on dates with her camera in tow. Her initial idea was to adopt a “sad and melancholic” tone. “The first date I filmed turned out to be really funny because it was so awkward,” said Kim.

The angle of the film changed from that moment.

The 14 minute film took the student three months to produce and edit as part of the end of year Film and Television Studies screening.

“At the end of the academic year, there was a showcase at London Met and we had the chance to screen Swiping Mr Right,” said the aspiring filmmaker.

“Emmanuel Anyiam-Osigwe, founder and CEO of the British Urban Film Festival (BUFF), was sitting next to me and recommended submitting the documentary to BUFF, so I did,” she continued.

Kim made the film with the help of her Film and Television Studies lecturer, and one of London Met’s heroes, Jesse Quinones, who described Kim as “a fantastic student full of original ideas and one of the hardest working and most dedicated young filmmakers I have ever come across.

“I am delighted to see that the first short film she has ever made has placed in a film festival.”

BUFF is an annual festival which showcases independent urban films. It showcases work to the largest possible audience giving filmmakers and scriptwriters the opportunity to showcase their work with a submission process.

You can view the trailer for Swiping Mr Right on YouTube. 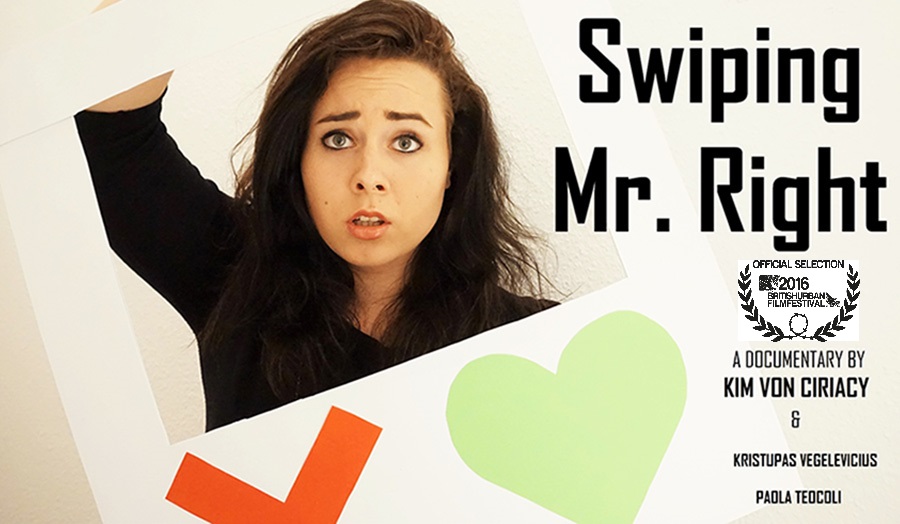