The John Henry Brookes Building at Oxford Brookes was designed by the on One Campus, One Community masterplanners. Students were taken to see their work.

A group of 23 students visited The John Henry Brookes Building to provide invaluable feedback on London Met’s One Campus project.

On Thursday 25 February the students were given a tour of the building and met with staff and students at Oxford Brookes. Design Engine, who are creating the masterplan for London Met’s One Campus, One Community project, led the work at Oxford Brookes.

“It’s about creating a campus people want to be part of,” said Matthew Collier, Communications Officer at Oxford Brookes.

The day was split into three sessions; the first on the process behind redesigning a campus, followed by a talk on the importance of engagement with students and finishing the day with a tour of the building.

Students were given an opportunity to feedback their thoughts on Design Engine’s work at Oxford Brookes. Some students reported that they liked the large open spaces created because it makes a better community hub and work environment as space could be reserved for individual study.

The trip also allowed Oxford Brookes staff and students to describe the benefits they have seen. “Moving to one campus has only been a positive [experience],” said Matthew Collier, “it has a better community feel”.

The trip was also a chance for students to raise any issues they had, including disruption to learning and noise. Staff at Oxford Brookes were honest in their responses, saying that although there was some disruption, most of the building work was completed outside teaching hours.

The visit to the John Henry Brookes Building was a part of the University’s engagement work to include students in the process of designing the new campus. It was also a chance to explore different learning environments so the students and staff on the trip can see what works elsewhere, decide what they feel might not work for them and help them to envisage what could be created on the new Islington campus.

“Design Engine created a world-class building through the crucial involvement of students from the planning stages to the final delivery. This is the kind of process I would like to see replicated with the One Campus, One Community project here at London Metropolitan University.” 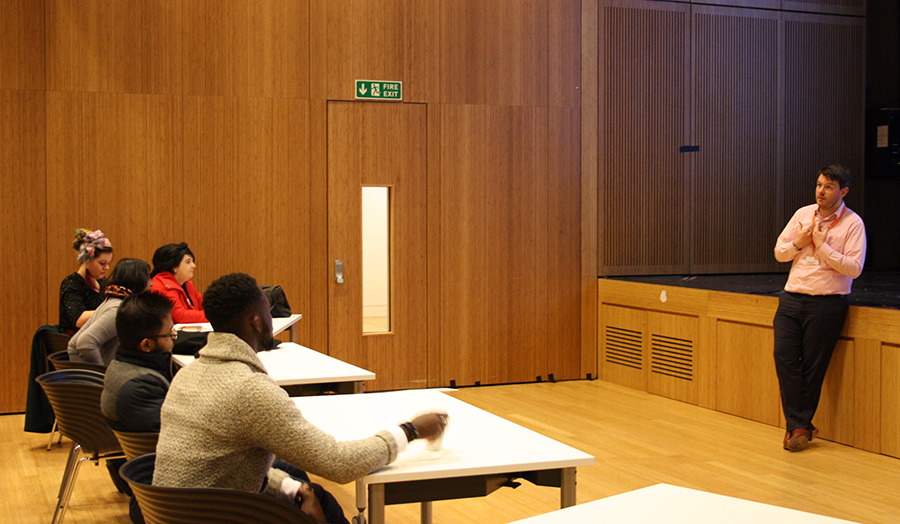