Staff and students across London Met were recognised at the fourth annual Students’ Union Awards.

The Students’ Union received over a hundred nominations from students for the awards that recognise outstanding staff and contributions made by student volunteers.

The ceremony, which was opened by the University Vice Chancellor, Professor John Raftery, was attended by dozens of staff and students on Thursday 23 April in the newly re-opened Great Hall.

“It was a pleasure to open such an important and wonderful occasion. The views of our students are so important in making the best institution we can be. I am very proud of our students and the staff that were nominated for an award.” said Professor Raftery.

“I am thrilled although surprised to have been nominated for the award. I'm very grateful to the students who took the time to nominate me,” said William Hughes, winner of the Outstanding Lecturer award in the Faculty of Social Science and Humanities.

The winner of the Outstanding Member of Support Staff award in the London Guildhall Faculty of Business and Law, Shaida Parvin was equally surprised: "I would like to thank whoever nominated me for the Outstanding Member of Support Staff of the Year award, as a graduate intern I really wasn't expecting anything like this…but I am very honoured and happy that I was chosen and won this award.”

David Howells, winner of the Outstanding Personal Academic tutor (PAT) award in the Faculty of Life Sciences and Computing, had praise for his fellow colleagues: “There are many excellent PATs in FLSC. It came as a surprise to hear that I had been nominated and even more so to hear that I had won an award. I am sure that all of the FLSC Pats are equally deserving of an award.”

“I am very proud of all our student volunteers and the contribution they make to the University community,” commented Obie Opara, the Students’ Union President.

“It’s also great to recognise the hard work of many of our lecturers and support staff in making London Met a great place to study.”

Sports Club of the Year
- Rugby 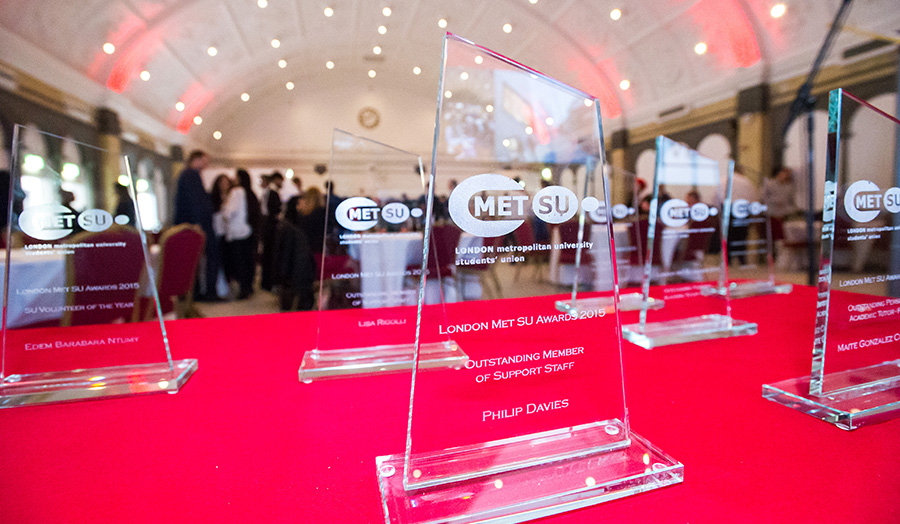