Stacey Anderson was awarded the President's Trophy of Excellence by Springfield Youth Club in recognition of her dedication to the work she undertook while on placement.

A London Metropolitan University student has won the President’s Trophy of Excellence in recognition of her commitment to Springfield Youth Club.

Stacey Anderson, a third year Youth Work student, won the award in recognition of her efficient and consistent work whilst on placement with Springfield Youth Club in Hackney. Whilst undertaking her placement, Stacey maintained a positive relationship with the young people who attend the youth space she worked in.

“Winning this award makes me feel great, it also reinforces that youth work is still having a profound impact on young people today,” Stacey said.

“This achievement will mean that, on completion of my degree, I can confidently approach youth organisations for employment prospects knowing that I have an excellent work ethic.

“Always pursue what you enjoy, because it will never feel like hard work,” she continued.

Springfield Youth Club offer a safe and secure environment for young people in Hackney to engage in structured activities from which they can learn and develop skills across many disciplines. Stacey has been working there since December 2015.

Steve Herbert, Springfield Youth Club Manager, said: “Stacey Anderson joined Springfield in December 2015 on a university placement and has made massive strides in her time with us. Stacey is currently a senior manager for Wednesdays and was heavily involved in the planning group that established the Girls in Action (GIA) project.

“Stacey also took an active part in the programme mentoring and supporting the girls. In addition Stacey attended the GIA Residential in October 2016. Stacey has made developed relationships with the young people and staff and she continued her placement at Springfield for further year with an emphasis on learning all about being a manager. A thoroughly deserved award for a hardworking and very popular member of staff.”

Find out more about Youth Studies at London Met. 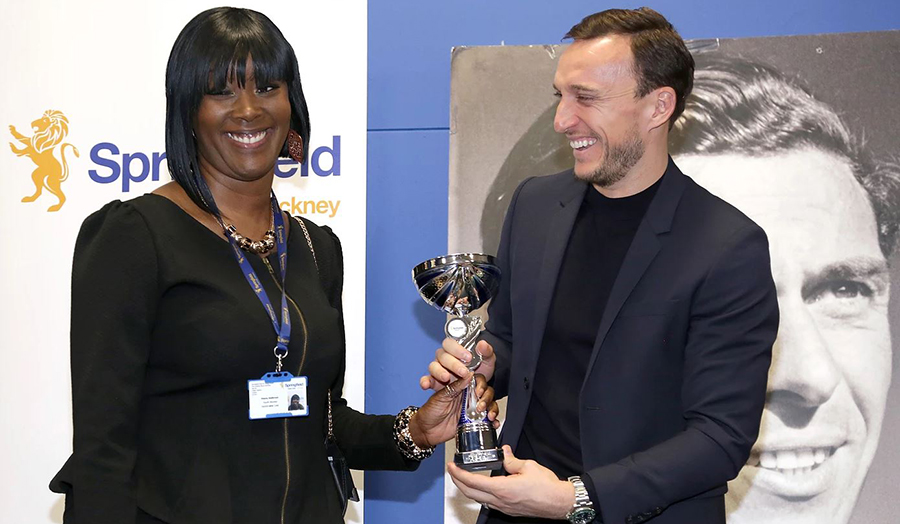