Series of insightful Visual Communications lectures launch this month News from the School of Art, Architecture and Design

Each lecture takes place at lunchtime at The Cass, with a different leading industry creative

From October 2019 to March 2020, both Cass students and the public will have the opportunity to hear from a wide variety of influential industry creatives in a series of Visual Communications talks, which all take place during lunchtime.

The first Visual Communication talk is titled Mindset. Methods. Magic: a session about navigating complexity through design, and the talk will be lead by alumna Jenny Theolin.

With nearly two decades working in the design industry, Jenny is an experienced designer and educator creating learning experiences and creative events for individuals, schools and businesses within areas such as art, design, technology, creative process, communication, innovation, culture and entrepreneurship.

Jenny recently joined Group of Humans, a distributed curated network of designers, strategists, technologists and creatives, all of whom share a belief that technology should be harnessed not for efficiency but for the benefit of people, society and the environment.

Josie's work at Adapt, which her partner Richard Ashton also co-runs, focuses on design, humour, and contemporary culture, aiming to both simplify and demystify climate communication and promote action from the public.

For the next academic year, Josie will also be teaching on the Work Ready Module, found in all of London Met’s Visual Communication’s courses, as the Visual Communications’ industry designer-in-residence. Josie will be mentoring small teams of students whilst they work on The Cass Summer Show identity brief.

The third talk is hosted by Theresa Adebiyi, the creative Director at Partisan Records, where she will be exploring how visual ‘worlds’ are developed for music projects.

Theresa works closely with artists on the label’s roster to develop a visual 'world' to accompany their music in the mediums of cover art, photographs, music videos, short-form content and all creative aspects outside of the music. She has project-managed many big artists, including Little Dragon, Maribou State, Cinematic Orchestra, Jordan Rakei and Roots Manuva.

Anna Mill, who teaches on Architecture BA, and Luke Jones, course leader on the Architecture and Interior Design Extended Degree BA, are running the fourth lecture to talk about making a graphic novel.

In 2018, Anna, with the help of Luke, published the graphic novel Square Eyes, which used the setting of a near-future city to explore our current preoccupations with technology. The graphic novel went on to win the World Illustration Awards 2019.

Wonky Biology, led by Liv Bargman, focuses on both illustration and biology.

Liv is an award-winning illustrator and artist. She has worked on a variety of projects with clients including Barclays, House Of Illustration, Radio Netherlands, Marie Curie and Parkinson's UK.

The final talk, How to set up an animation in six easy steps, is with Sam Taylor from The Line, a leading London-based animation studio specialising in films, games and commercials.

Sam is a director, designer, and animator. He was nominated for a BAFTA in 2014, for “Everything I Can See From Here”, a short he wrote and directed with Bjorn-Erik Aschim. 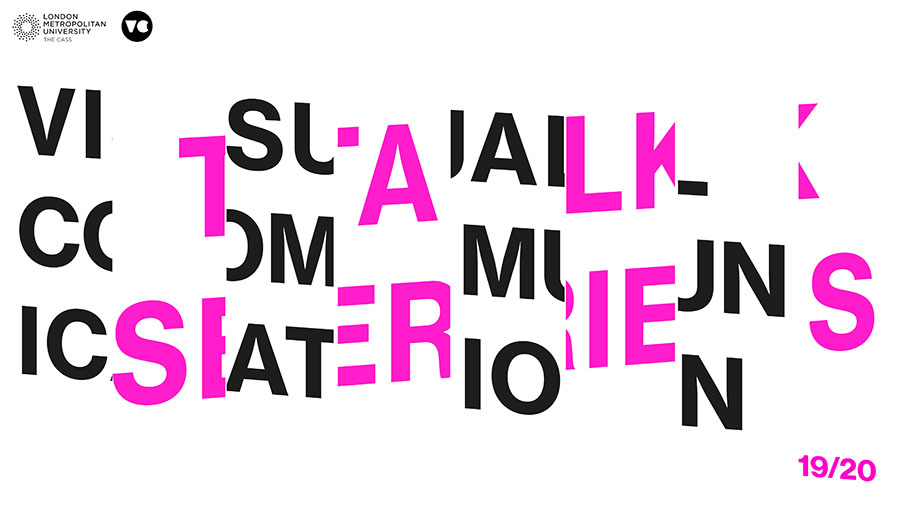 The logo for this series of lectures was designed by alumnus Hannah Reid.