London Met’s Estates team have been getting stuck in with the inaugural Green Impact scheme at the University.

London Met’s Estates team, Towering Infernos, have been going all out for the Green Impact scheme, which they say has changed their thinking and their habits for the better in terms of sustainability.

The team encouraged other departments to get involved in their events in order to raise awareness of the Green Impact scheme and to help raise money for Bowel Cancer UK and Theseus Boreas – two very worthy causes!

The team held a successful bake off competition, which was open to London Met staff and students, where the criteria was to create a sugary delight made up of at least two fairtrade ingredients. The baked goods were then sold off to raise money for Bowel Cancer UK.

Jayne says that it’s great to be getting other people from the University involved, and that although it’s been difficult at times, it’s also been very rewarding. “Getting others involved was hard. We did this by creating events and working with the sustainability and marketing teams to promote the events. It seems to be working and gathering momentum,” she says.

Towering Infernos certainly recommend the scheme to those thinking of getting involved next year. Their advice is to think outside the box for fun and innovative ways to get as many people involved as possible, and not to limit your activities to those within your own team.

The team will be launching a wormery soon for the roof garden located at the Islington-based campus. Staff and students are encouraged to donate food waste to this team to help the wormery thrive. This helps feed the worms and create compost and liquid plant food.

Green Impact is scheme ran by the National Union of Students (NUS) which encourages universities to get involved and do their bit for the environment. London Met is one of the leading universities for sustainability.

An internal Green Impact awards ceremony will be held on 25 May to celebrate the achievements of staff who took part. 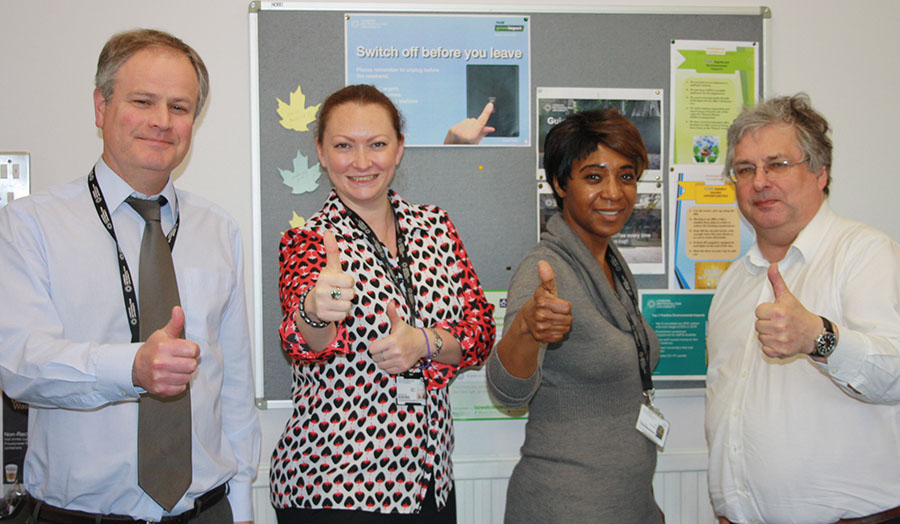