Raising the cost of Putin's war: soft power and the fight for Ukraine

It is vital for the international community to raise their voices in universal condemnation of the horrific violation of human rights in Ukraine, writes Dr Anna Marazuela Kim.

Culture may seem an insignificant part of the larger geopolitical stakes shaping Putin's war on Ukraine, or how to confront it. But at its foundation, his pretext for the right to Ukraine is deeply cultural: it is the view that Ukraine never was, nor is today, a distinctive culture that deserves its own status as a sovereign nation. And while the call for cultural sanctions we see growing across sectors from art to sport, leveraging the tools of soft power, might seem weak in the face of the overwhelming hard power of the Russian army, it is part of a greater strategy to make the costs of this war as high as possible for the elites who support him.

Last November I was in Kyiv, invited by Ukraine's Ministry of Culture and a group of organisations who gathered to plan the nation's first district of culture, located in the city's historic Golden Gate District. Many of you will have seen the iconic wooden structure in recent interviews with a BBC reporter.

Along with my colleague, Dr James Doeser, I was tapped to discuss a report we co-authored on the Governance Models of Cultural Districts, commissioned by the Global Cultural Districts Network. As a cultural adviser and researcher with a longstanding interest in, and commitment to, the vital role of culture in civic thriving, I placed their initiative within a broader shift recognising culture and creativity as a fundamental human right, as witnessed by The Rome Charter 2020 and Article 27 of the Universal Declaration of Human Rights.

I was scheduled to return to Kyiv in February for the next meeting of the group. The atrocities currently unfolding in the country mean that the initiative, which was to apply for NGO status, is on hold, with the historic monuments and flourishing arts it sought to preserve under existential threat. Some of my colleagues have made it out of Kyiv, while others have taken up arms to defend the city, an idea that seemed unthinkable just a few short months ago walking the streets of this beautiful, cosmopolitan city. On Monday, my colleague and I published a statement in the Arts Professional in condemnation of the invasion and to add our voices to a growing solidarity movement which goes out tomorrow to a wider audience through the Associated Press.

My history of working in Ukraine to help build civil society began after the fall of the Soviet Union in the 1990's, when I went to Lviv for a year on Fulbright with small children in tow, to help rebuild a historic academy shut down by the Soviets, now one of the most important universities in the country. I returned on the eve of the Orange Revolution to teach a new generation of students digital photography, many of whom went on to document that formative event, the first of two uprisings to overthrow Russian power. To now witness the country and people I have known for 25 years who have given their lives for independence under threat of annihilation is beyond heart breaking.

As Russia now sets about the path of total destruction we thought unimaginable, with the potential to raze Kyiv and Kharkiv and its citizens to the ground, it is vital for the international community to keep up the pressure, to raise their voices in universal condemnation of this horrific violation of human rights, and to stand in visible solidarity with Ukraine. I continue to be in touch daily with my colleagues in Kyiv and Lviv to offer what support I can on the ground, and welcome any London Met academics to contact me for information on how they can help.

Dr Anna Marazuela Kim is Research Projects and Partnerships Manager at London Met, and a research member of the University's Centre for Creative Arts, Cultures and Engagement (CREATURE). 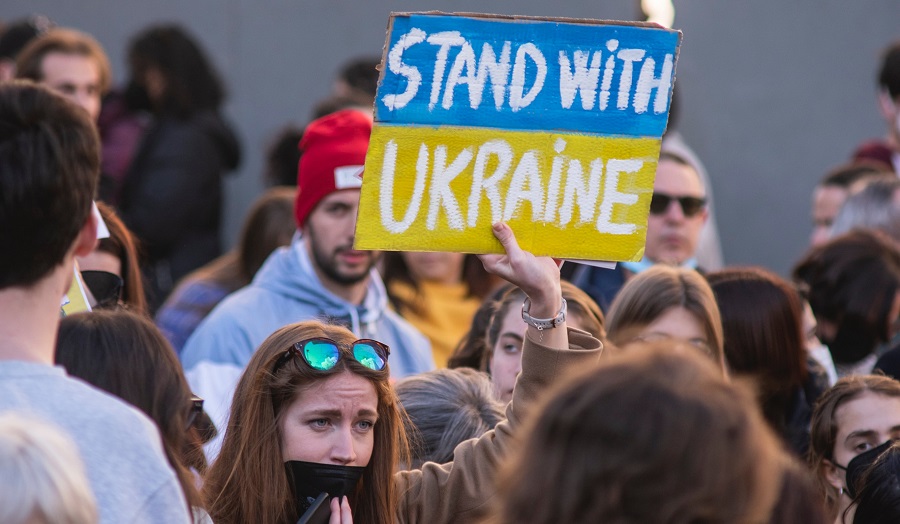