Students from the School of Human Sciences represented London Met in Parliament this month, when their research was displayed in the Palace of Westminster.

Sports Science student Elena Luca and Biochemistry student Jorge Moreira had their research displayed at the Posters in Parliament event, organised by The British Conference of Undergraduate Research (BCUR).

Posters in Parliament aims to celebrate undergraduate research from across all disciplines. The students’ involvement helps put London Met on the map, highlighting the University’s research excellence to leading policymakers.

“The MPs who sponsor the event are Keir Starmer MP and Chuka Umunna MP,” said Sports Science lecturer Karl Grainger. “Ben Bradshaw MP and Caroline Lucas MP were amongst the many MPs who came to look at the posters.

“Posters in Parliament is a great opportunity for students to show off their research projects to other undergraduate students across the country and to Members of Parliament.”

The students were joined by their London Met supervisors Karl Grainger, Bhaven Patel and Ken White. They were also joined by Elina Zalite and Sony Shrestha, who did a superb job of organising the event on London Met’s behalf.

Both students will now be attending the BCUR conference on 25-26 April, which takes place in Bournemouth.

In 2019 London Met will be hosting BCUR thanks to the efforts of Dr Sundus Tewfik, MSc Pharmaceutical Science course leader, who is the University's BCUR liaison. 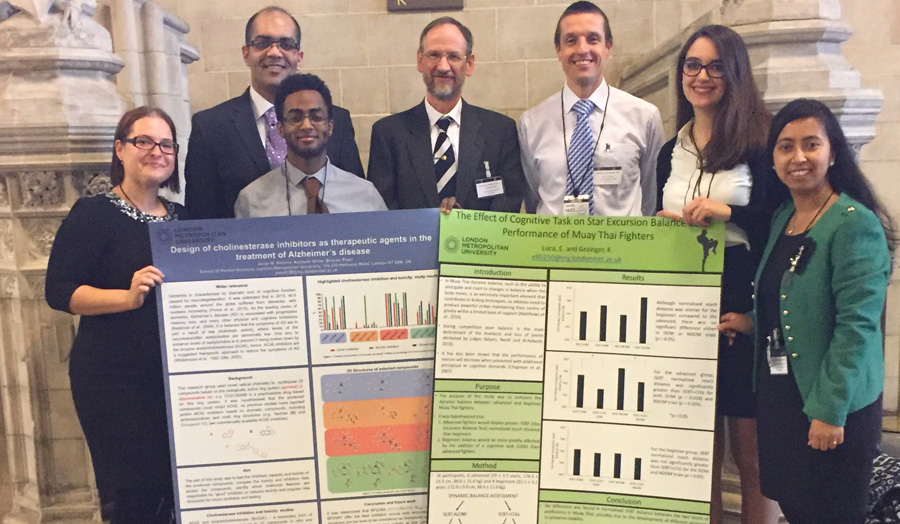