Nye Thompson, a postgraduate Fine Art alumna from the Cass, has been included in the longlist for the Lumen Prize. Her project Backdoored is included in the 3D/Interactive category of the prestigious international awards which celebrate the best art created with technology. The main competition is juried but Lumen also run a People’s Choice award offering the public the chance to vote for their favourite project online.

Since the beginning of 2016, Nye has been documenting and exploring the global phenomenon of self-surveillance through the artwork Backdoored, which collects and archives images taken by searchbots through unsecured security cameras. "As well as the sociological impact of the proliferation of IoT data-harvesting sensors, I am very interested in the phenomenon of self-surveillance," said Nye.

"As we are increasingly watched and quantified by the state and corporate world, we also seem to have internalised this activity, constantly engaged in digitally-mediated watching of our possessions, homes, family, employees and pets."

Backdoored sparked a global debate about privacy when it was originally exhibited at The Cass in August 2016.

60 artists from around the world have qualified for this year's Lumen Prize longlist. The artists will go forward for judging for the shortlist which will be announced on 1 September, with this year's prize winners will be revealed at an Awards Ceremony on 27 September at the Frontline Club in London.

Apart from the Lumen, Nye has lots happening right now – her work will be part of a new ‘artificially intelligent’ display in the V&A from September and also has her first international show, Open Codes at opening at ZKM in Karlsruhe, Germany this autumn, with much more in the pipeline.

You can get involved and vote for Nye’s Backdoored project in the Lumen People’s Choice Award by registering and voting here  – it only takes a couple of minutes.

Image : Backdoored, 2017. Humansbeingdigital at The Lowry 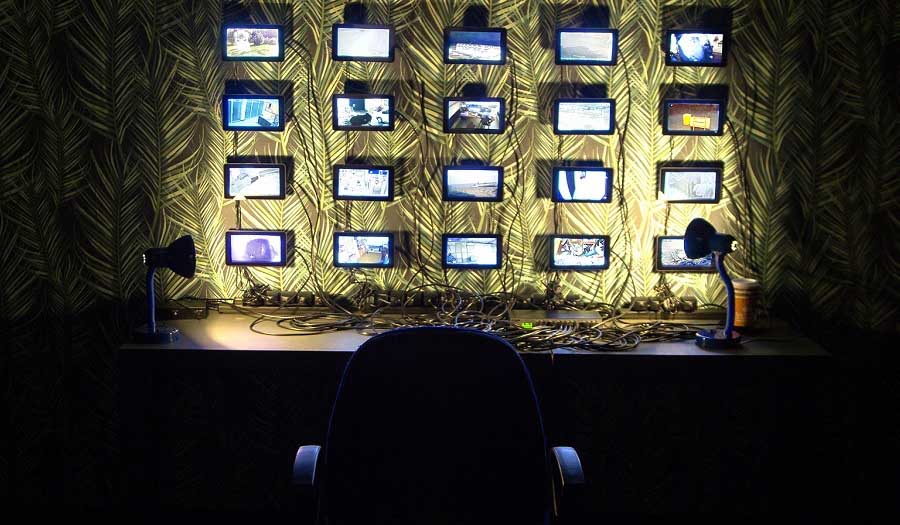