The following new projects were launched: Transition in Vietnam – Education reform in Russia and Kyrgzstan – Brexit and after?

The Public Administration Masters (MPA) team at London Met is supporting the process of transition in Vietnam through specialised UK study tours for senior officials. Each study tour has been individually designed to meet the needs of specialised groups and involves a combination of lectures, visits and discussion opportunities over a two-week period, hosted at our City of London campus in Moorgate or Aldgate. Over sixty officials have been trained, concentrating on the application of new management techniques and political structures to areas as diverse as the administration of justice, science and technology policy and governance reform.

Education reform in Russia and Kyrgzstan

Members of the team have recently helped to kick off an exciting new Erasmus plus project 'EURDIQ' to design and implement new training standards to support the development of the tourist industry in Kyrgzstan and the Russian Federation. Both countries have unrealised tourist potential and the development of training standards and higher education awards will be a key step to assist this process.

Mr Patrick Gray is currently leading this project for the University, pictured here in the centre of the back row during an initial project meeting in St Petersburg in May 2016.

Our partners in this project include:

European transformation is accelerating, with 'Brexit' just one of the issues on the overstretched agenda which includes the financial crisis, questions of identity, nationalism and migration. These trends take different forms in different countries, but with common themes including the fragmentation of party loyalties and increased polarisation between a revived left and a new right wing. The team and members of the Politics and International Relations department are contributing to the work of a Jean Monnet network on the theme of 'Transformations in European Party Politics.' The project aims to understand more about the drivers and direction of change in European party politics – a key determinant of government policy in the member states. Partners include universities and think-tanks in Russia, Poland, Germany and Bulgaria. 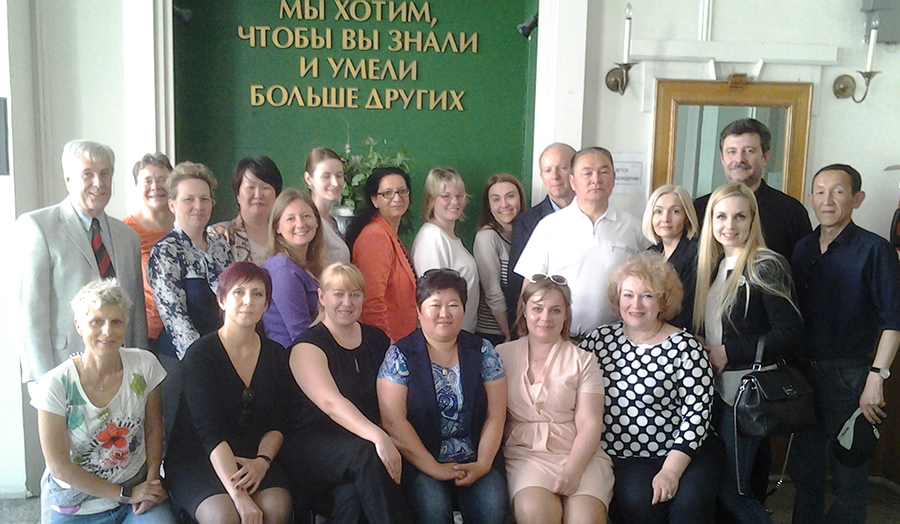