London Met's Architecture community shine on 40 under 40 list News from the School of Art, Architecture and Design

A number of London Met's former students and staff have been named on the Architects' Journal (AJ) prestigious 40 under 40 list, which celebrates the UK's most exciting emerging architectural talent.

Among the University's alumni were Cristina Monteiro, who together with partner David Knight set up studio DK CM in 2012. Their work sets out to combine far-reaching strategic thinking with the hands-on art of making good buildings grounded in 'retrofit-first and circular economy' principles.

Ted Swift, who completed his RIBA Part II and III at London Met, co-founded the featured practice Maich Swift Architects with Paul Maich. Their profile was recently raised by their work on the Potemkin Theatre, which won the Architecture Foundation's Antepavilion project last year. Their practice prides itself on 'a thorough understanding of materials and methods of building.'

Jack Richards and Jo Sharples, who at 30 and 32 respectively are among the youngest on this year's list, focus on building reuse and the high street through their Manchester-based practice, Editional Studio. One notable scheme is its Chorlton Picturehouse project, where it has aided a community land trust to save a prominent local landmark from the wrecking ball.

Also on the list was Je Ahn, Architecture RIBA part II graduate, is a co-founder of Studio Weave, which this year won the competition to overhaul London's Finsbury Circus. The 37-year old recalls being inspired by the architects featured in the AJ's last 40 Under 40 issue as he worked on Studio Weave's first project 15 years ago. He says: “[I hope I can] provide similar inspiration to those starting their own journey.”

NOOMA, a studio founded by alumnus Ramsey Yassa, which is 'founded by diversity' and says its 'collaboration co-creation methodology is our way of making things happen.' Yassa undertook the Access into Architecture & Interior Design course as well as RIBA Part I and Part II at London Met.

Stef Rhodes and Tom Routh of featured practice Gatti Routh Rhodes, say architecture is about 'context, materiality, people and space' and 'believe that architecture can and should make a difference.'

Assemble, a 16-strong studio made up of alumni Maria Lisogorskaya, Joe Halligan and Holly Briggs, as well as former tutors Paloma Strelitz and James Binning, were highlighted for their community-focused schemes. This youthful collaborative team was awarded the 2015 Turner Prize for its work regenerating the Granby Four Streets area of Liverpool and co-creating the Granby Workshop social enterprise. It also won a high-profile competition for a £1.8 million art gallery for Goldsmiths College in south-east London.

Among London Met's former staff to make the list were Freddie Phillipson, whose responsive and responsible architecture is described by AJ as 'hauntingly beautiful'; Fergus Feilden and Edmund Fowles, whose studio Feilden Fowles is informed by low-tech, environmentally friendly principles; and Holly Lewis of We Made That, an energetic architecture and urbanism practice with a strong public conscience. 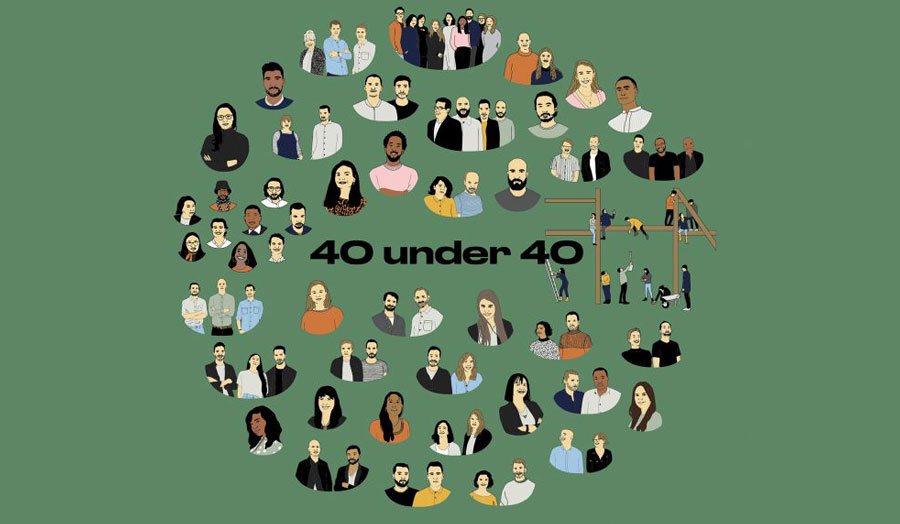