The University’s Freedom Fundraisers raised the highest amount for the charity of all universities across the UK.

For the second year running a team of student fundraisers at London Met have been recognised for their work raising money for charity.

London Met’s Freedom Fundraisers won Amnesty International’s Raise-Off Challenge, a national competition between UK universities to raise as much money as possible and increase awareness of the human rights charity.

With over 7 million members worldwide, Amnesty is one of the world’s leading human rights organisations. They campaign to protect human rights across the world, expose human rights abuses and undertake projects to educate and mobilise the public.

With one of the UK’s most diverse student bodies, Amnesty was a natural charity for London Met’s fundraising efforts.

"Our win was without a doubt an impressive collective effort,” said Nick Francis, a Film and Broadcast Production student. “I don't think we would have done it so efficiently had we not worked with staff and students across the faculties. It felt great to have been in a position where the opportunity was available, and projects like this provide exactly that.”

The fundraisers raised approximately £3,500 through a series of special events including Christmas and Valentine’s Day cake sales, a creative writing competition and a henna-tattoo session for International Women’s day.

Their final effort was the Live at the Catwalk Variety Entertainment Show in April. Students, staff local businesses and talented artists came together for a night of stand-up comedy, music and fashion at the Backyard Comedy Club in Bethnal Green.

The Fundraisers were invited to Amnesty’s headquarters last month to receive the award.

"I am extremely impressed with the London Met Freedom Fundraisers not just because of the amount of money they raised but also with the wide variety of original and exciting fundraising events they organised to raise it,” commented Richard Glynn, Amnesty’s Community Fundraising Coordinator.

“They have demonstrated exceptional organisational and teamwork skills to pull them off. Fundraising is vital for an organisation like Amnesty so we owe the Freedom Fundraisers a massive thank you!”

The team already have their sights on next year. Tahera Huda from the University’s Placements and Employability Unit commented "this has been an amazing journey and the stakes are raised once more for next year’s fundraising challenge, bring it on!"

Get involved by contributing to a great cause as well as:
• Being part of a nationally recognised competition
• Coordinating fun events and activities
• Adding value to your CV

For more information and to get involved, contact Tahera Huda at 020 7320 1531 or via email at t.huda@londonmet.ac.uk. 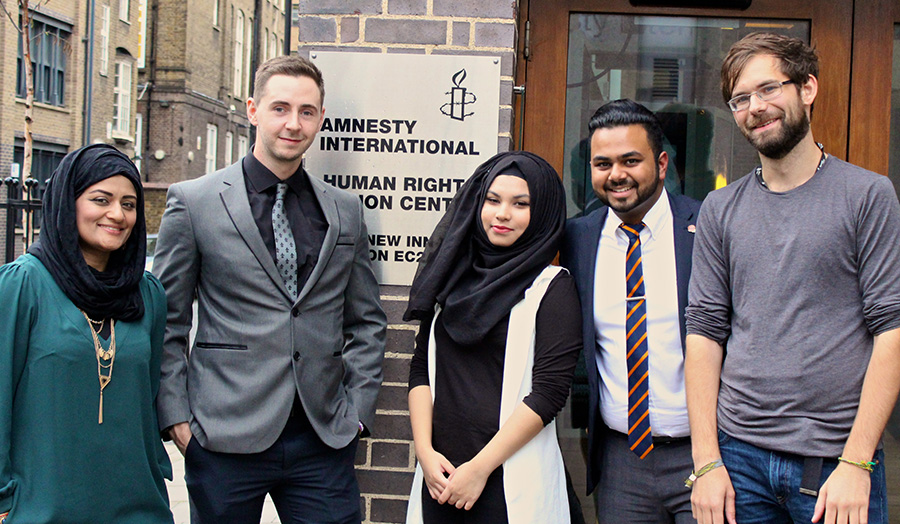