In May 2013 a group of London Metropolitan University Performing Arts graduates faced the initial leap into working in the professional arts industry. At a time when financial cuts were being made from every angle of the industry the graduates knew how important it was to utilise the skills they had learnt on the course and create their own work. The graduates collaborated in creating Yet Another Theatre Company with the guidance and financial support of the university they were able to produce their first production as professional theatre company, an adaptation of Gogol’s 'The Government Inspector' which received rave reviews:

“Yet Another Theatre company deliver a laugh-out-loud, silly and chaotic performance from start to finish”.

Post production the company spent a good amount of time on research and development for the company and a year on produced their second production, 'The Suicide' by Nikolai Erdman which ran at The Hen and Chickens Theatre in London from 25 - 29 November. The production was, as is becoming the company’s forte, an absurdist farce with a significant socio-political comment intertwined into the outrageous and eccentric comedy. The company again received great reviews for their production:

“Absurdist farce isn’t everyone’s cup of tea but when done well, as in this case, it’s a joy to watch”.

The future is exciting for Yet Another Theatre Company as they continue to develop their work, collaborate with other theatre makers and continuously grow and learn as a company. It is also important to the company to continue to sustain and develop links with London Metropolitan University as it was this institution that supported them in forming. 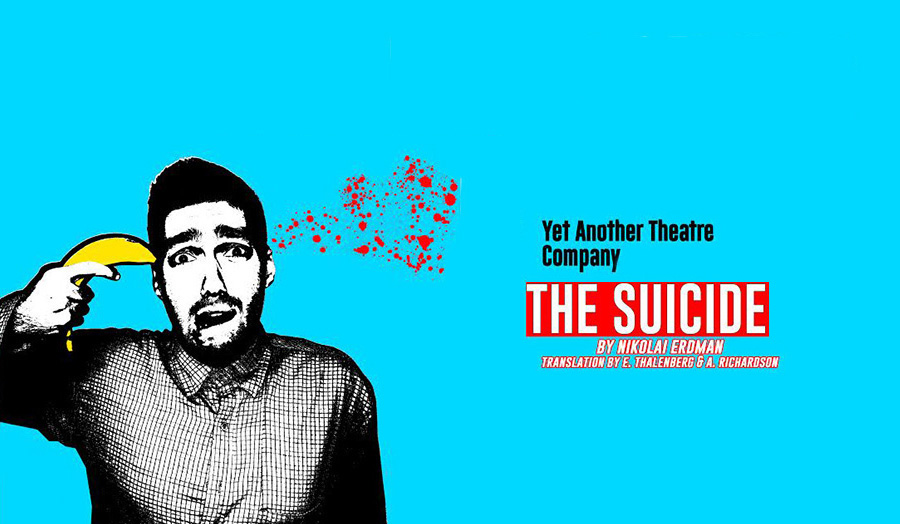