A campaign run by students at London Metropolitan University has won a national award.

The London Met Students’ Union (MetSU) was awarded the Campaign of the Year Award at the National Union of Students Black Achievers Awards 2013. The prize is in recognition of a successful and well represented campaign run by MetSU for ethnic minority students at the University.

Aaron Kiely, Black Students Officer for the NUS, said: “It is an absolute pleasure for me to announce this award for MetSU for their strong and active campaign. This award is well deserved.”

The award was presented during a ceremony at The Met Hotel in Leeds as part of the broader NUS Black Students Campaign conference.

It highlights London Met’s diverse student community and its status as an inclusive and friendly place to study.

MetSU Deputy President and Media & Campaigns Officer Adnan Pavel said: “This award is a recognition of the hard work we, as a Students' Union, did last year. This award is definitely a positive achievement for London Met Students' Union and it gives us much motivation to continue in our valuable work.” 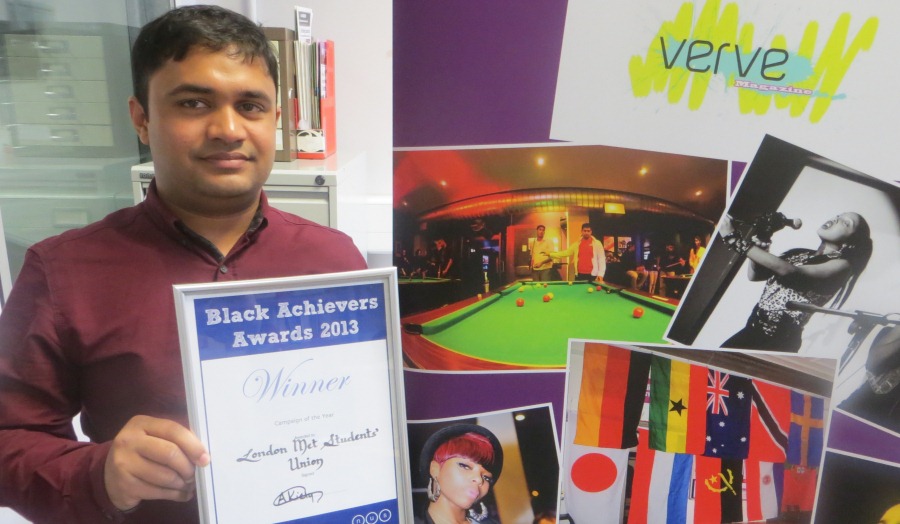