Over 40 delegates attended, consisting of members of the Beirut Bar Association and other Lebanese professionals. The challenge for Bill was to create and deliver a course which ‘gave value’ to all the delegates, whose work ranged from being senior partners in corporate law firms and banks, to engineers and other professionals such as NGO representatives involved in assisting Syrian refugees. On completion of the course the delegates were awarded a joint London Met and American University of Technology ‘Certificate of Completion.’ The delegates expressed interest in now having a further ‘Stage 2’ course to further develop the ‘toolkit of skills’ which they took away from the course for use in their work.

The course took place in ‘Beit El Mouhami’ (‘the place of the lawyers’) in Beirut, which is the headquarters of the Beirut Bar Association. Mr Georges Feghali (Group Regional Mediator for the World Bank and President of the National Committee of the international Association of Lawyers in Lebanon) kindly visited one of the training sessions and explained to Bill his current efforts to introduce a mediation statute into Lebanese law.

Bill also met the president of the American University of Technology and their vice-president for External Relations and Development, who confirmed their interest in now running a further course of this kind with London Met. Before returning, Bill also had the opportunity to visit the Lebanese town of Byblos, where the first form of alphabet is believed to have originated from. 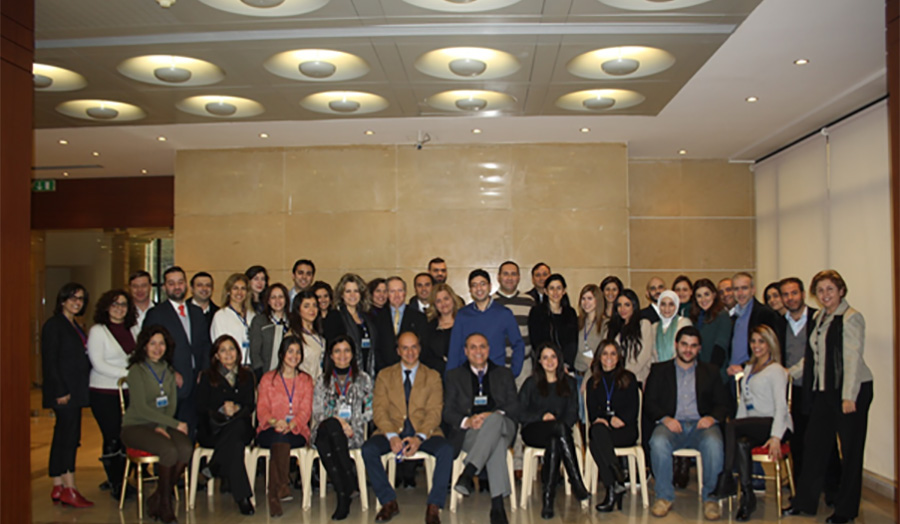