Josh Walker-Savings has gone on to successful career in aviation after graduating from London Met.

Joshua Walker-Savings graduated from London Metropolitan University in 2015 and is now flying high in his career as a First Officer with a well-known European airline company.

Josh graduated from Airline, Airport and Aviation Management BSc with a wealth of knowledge and experience with the help of his tutors at London Met. “I chose London Metropolitan University as it offered the chance to study in central London and I felt this would suit me more than a traditional campus environment,” Josh commented.

“It’s a great place to study, a real cosmopolitan feel with the city on the doorstep. The course itself offered a real oversight of the aviation industry with professional lecturers bringing a wealth of experience and knowledge.”

During his time at London Met, Josh utilised the opportunity to learn directly from interaction with airlines, airports and aircraft manufacturers on field trips offered by the University.

A typical day for Josh begins at 4am with him arriving at the airport about an hour later. Along with the rest of his flight crew, Josh spends time reading flight plans, analysing weather reports and planning for fuel considerations. “Once at the aircraft we usually have around 30 minutes to prepare the aircraft, load 180 passengers and baggage and take on board several tonnes of fuel,” Josh explained.

“We will then push back and taxi out to the runway and depart to our first destination. Once airborne we will follow a certain departure route and then head into the airways after making our way across the very busy London airspace.

“Once in the cruise, it’s time to monitor systems, fuel burn, manage communication with air traffic control and enjoy the views before preparing for our arrival.”

After landing at each destination, Josh and his team have approximately 25 minutes to offload passengers and baggage. They must also board returning passengers and baggage before setting off again. “It’s a fairly intense part of the day but very rewarding when we push back on time. We regularly fly four sectors as a crew, so this includes flying to two destinations in a single working day which can be demanding, however the satisfaction and general experiences far outweigh the more challenging aspects of this career!” 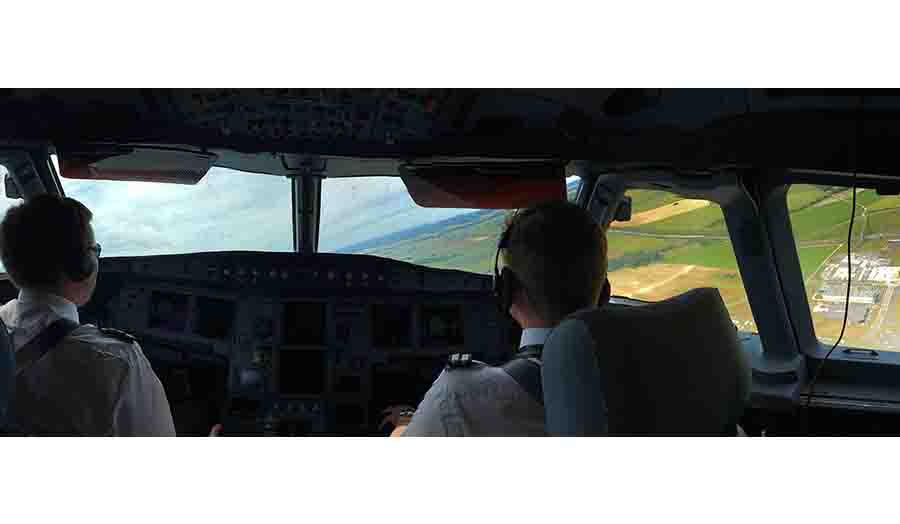