The University went plastic-free on Tuesday 5 June to celebrate World Environment Day and to take part in the Plastic Challenge.

Led by the University’s Sustainability and Catering Teams, the plastic free day was a first for London Met and challenged students and staff to rethink the way in which we use plastic.

Despite only existing for 60-70 years plastic products have revolutionised modern life. However, of the total volume of plastic produced in history (estimated to be 8.3 billion tonnes) more than three quarters is now waste - and 79% of that is in landfill or the natural environment.

“Every plastic bottle produced needs energy, water, oil, chemicals, transportation to produce it so a lot of resources are put into something that has such as short lifetime whereas we should be conserving what are finite resources,” said Rachel Ward, Sustainability Manager at London Met.

“Many of the single use plastics aren't recycled and it never fully degrades so they are around for hundreds of years. Plastic is a really useful product and we'd be lost without it but the main problem is how we use and dispose of it.”

Only drinks in bottles or cans were sold in The Junction cafe on our Holloway campus, and staff and students were only allowed to use reusable cutlery and crockery.

“Our plastics free day was fantastic!” Rachel continued. “We were using reusable plates and cutlery, instead of disposable food containers, which meant that staff and students sat together and ate their meals away from their desks creating a real buzz.”

“I think the thing that most people were excited about was the return of coke in glass bottles!”

The initiative was trialled as part of the wider University sustainability plan to reduce its single use plastic consumption.

Some of the ideas the sustainability team have implemented include giving out reusable water bottles at events to the London Met community, building more water fountains and improving the signage of where water fountains are located in the University, introducing Fairtrade cotton bags to reduce plastic bag usage, removing straws from the student bar The Rocket, and introducing a discount scheme to all students and staff who buy a hot drink on campus and bring their own reusable mug.

“We’ve worked hard to try and reduce the amount of single use plastics on site but trying to go plastic free for a day showed us how challenging it can be,” said Rachel.

Sustainability in action throughout London Met

The School of Human Sciences also commit to the University’s sustainability mission to reduce the by encouraging Food Science MSc students to design innovative, eco-friendly food products as part of the course. A group of students recently won Silver at the 2018 Ecotrophelia UK competition for their vegan chocolate-coated marshmallows business idea, Fabamallow. The idea also won the Creative category at the 2018 Big Idea Challenge. 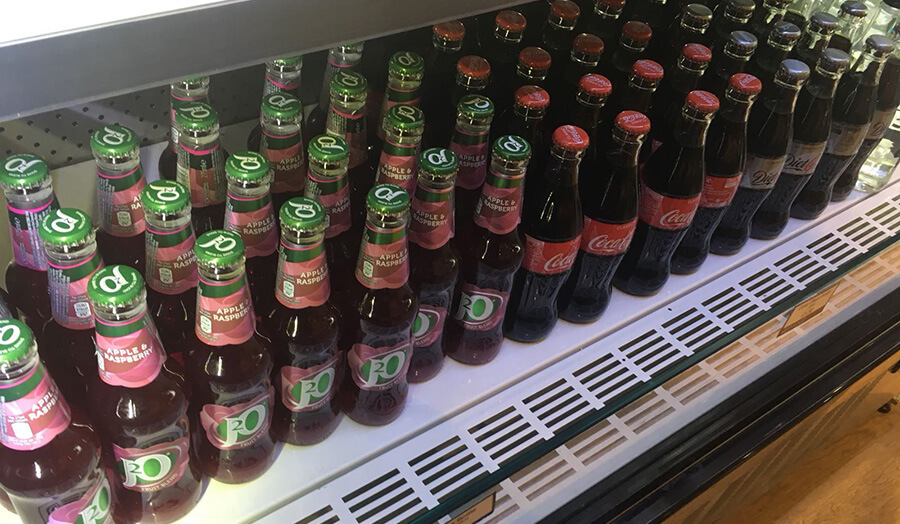