Staff getting stuck in at London Met's 2014 Big Dig

London Metropolitan University has been shortlisted for the 2015 Green Gown Awards in recognition of its amazing record in reducing carbon emissions.

Last month, we reported how London Met smashed its carbon reduction targets, making it the best performing university in the country for reducing carbon emissions. The University reduced carbon emissions by 43% since 2009/10 thanks to a range of initiatives, including LED lighting in the Learning Centre and better management of heating.

The Green Gown Awards aren't the only target in the University's sights; it's also eyeing the gold in the NUS Green Impact Awards to further improve its green credentials.

London Met’s Students’ Union are playing an active role in helping the University to achieve its winning aim.

Marco Brunone, SU Officer for the Guildhall Faculty of Business and Law, has set up the London Met Green Society, which is helping to get more people involved.

“The NUS Green Impact Awards are a great way for students, staff and the community to work together in addressing environmental issues,” Marco said. “We’re working on a video to inform students about how to effectively use the new recycling bins that the University had installed, and the benefits that will come.”

London Met has launched a University-wide recycling campaign to improve the management of its waste. New bins, which incorporate a general waste and a recycling bin, have popped up around the three campuses.

Rachel Ward, Estates Energy Manager, said the biggest challenge the university has with recycling is a “perception problem.”

“The waste from both the recycling bins and the general waste bins are both disposed of properly, despite common misconception!” she said. “It is true, though, that only one incorrectly disposed of item could prevent a whole bag of rubbish being recycled, so we are urging people to take care.”

London Met will find out if it’s won the top prize at the 2015 Green Gown Awards in Bristol on 26 November. 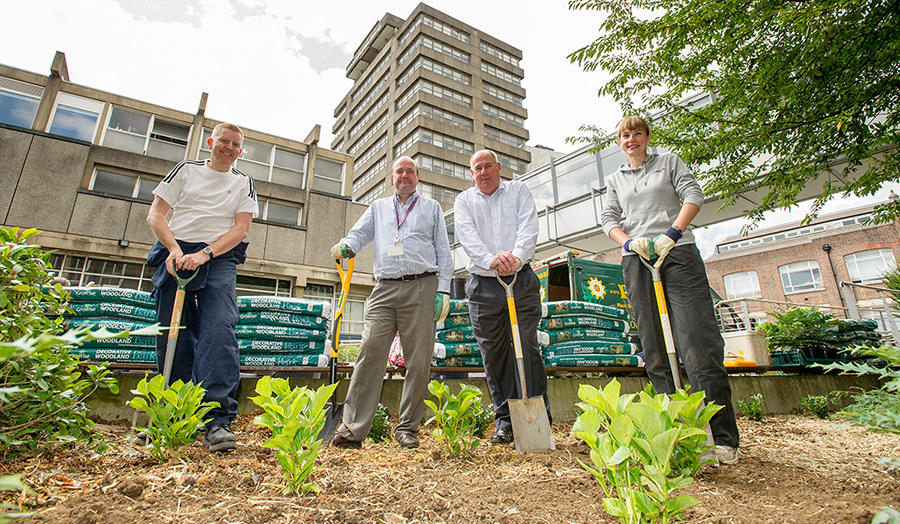