Dr Sue Bailey, senior lecturer in food science, appeared on the BBC documentary 'Inside the Factory: Pots and Pans.'

London Met food scientist Dr Sue Bailey featured on a recent episode of Inside the Factory to give her advice on how to scientifically guarantee the perfect casserole.

The episode focused on pots and pans, and saw hosts Gregg Wallace and Cherry Healey travel from France, to South Africa, to London Met’s very own Science Centre, where Sue shared her five rules for making casserole.

First, choose the correct cut of meat. “The best cut of meat actually is the cheaper cuts,” she said. “Something like brisket, which is part of the shoulder of the animal. It’s quite muscly, it’s been working very hard and it’s got a lot of connective tissue in it. Connective tissue when you cook it, breaks down and then makes you a nice thick casserole.”

Second, she says, you have to brown the meat. “A lot of people think that’s to sear and seal the outside, to lock in the juices, but actually, what you need to do is to start off a reaction called the Maillard reaction.” This is a chemical reaction in which sugars and amino acids in the meat react and create new, flavourful compounds.

Third, you have to add the correct amount of stock. “You need to add enough water to just cover the meat. It will dry out otherwise.”

Fourth, you have to choose the right dish, which must have a closely fitting lid. “What you want is for no steam to escape during the cooking process. You want to retain all the flavours in your casserole dish.”

Fifth and finally, you need to understand the all-important cooking time. “You have to get to the magic zone within a casserole, and that is where you get the connective tissue beginning to break down, turning into gelatine, giving you a really nice mouth-feel.”

Sue and Cherry conducted an experiment cooking three separate casseroles at 140 degrees for ninety minutes, four hours and eight hours. They found the four-hour casserole retained the most moisture and so had the most tender meat. As Cherry described it, “the meat falls apart really easily, the flavour is delicious, the vegetables are still in-tact. It’s bang on.”

The episode is available to view on iPlayer until 14 May. 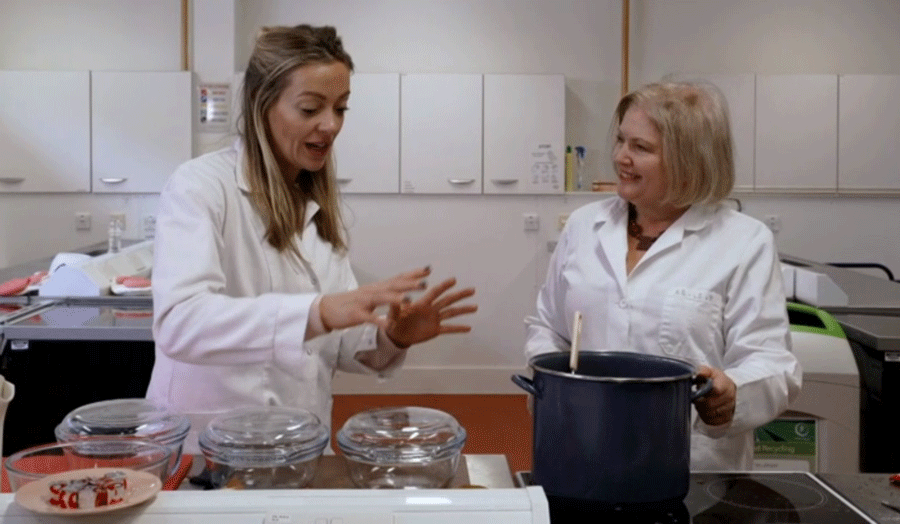