London Met does even more to help the environment News

London Met hosted its annual Green Week on the week commencing 7 March. It promised to be better than ever and it did just that.

Kicking off with ‘Create your own garden planter,’ staff and students had the chance to get creative and make their very own unique plant pot in the Holloway courtyard. This session was well attended by staff and students.

One of the most popular events was the visit to the Tower Building roof which was split into two sessions where staff and students could see the incredible view of London from the roof and admire the University’s new solar panels; one on Monday 7 March and the other on Thursday 10 March. Both visits were a sell-out.

All three campuses were involved in the Green Week; with two film nights being held at Moorgate and Holloway. Staff and students who attended the film screenings were given free popcorn. Aldgate hosted a fashion sustainability lecture at Central House which was well received.

The 2016 Green Week also saw the return of last year’s popular event; The Tower Run, where staff and students run all 13 floors of the Tower Building to raise money for a selected charity. This year, they supported the University’s Charity of the Year, Childreach International.

Dr Bike is a popular recurring event at London Met where staff and students can get their bike serviced for free. This was held outside the Holloway campus and anyone from London Met could pop along with their bike. More dates have been announced for the summer term.

There were several events which ran for the duration of the week including ‘Climate Cocktails’ hosted by the Rocket, a range of exclusive cocktails with a green theme. A photography competition took place with the winners to be shortly displayed at Tower Building.

London Met BA Fine Art student, Laura Marianna Peltonen, had her work displayed in the Green Met Lounge. “Kevät herää” which translates literally to “Spring awakes” represents the beginning of spring with the grass growing on the sculpture’s feet.

The libraries were also involved in Green Week by developing a reading list called ‘Read Green.’ Some of the texts on the list included ‘Green Innovation’ and ‘Building our low-carbon industries.’

There was plenty more activities on offer for all staff and students to get involved in. You can keep up to date or even make suggestions for next year’s Green Week on the London Met sustainability twitter page. 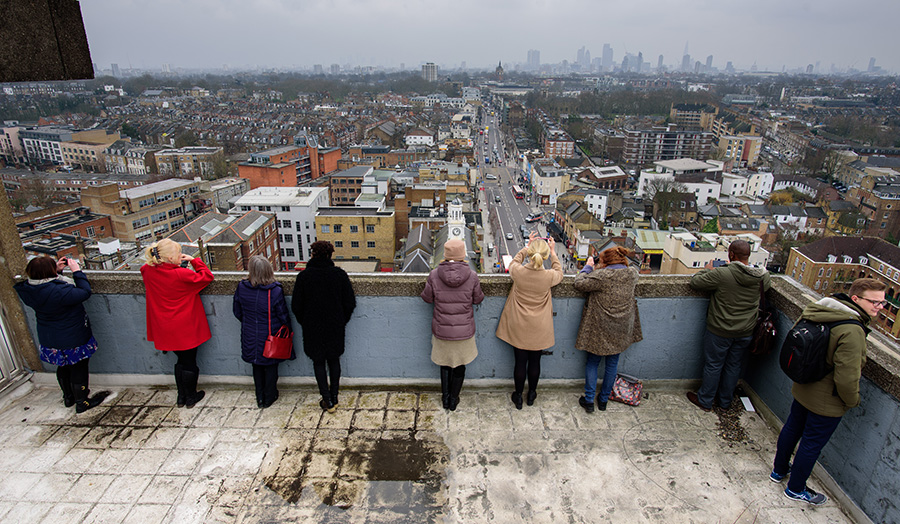