Daniela Ruah is a well-known actress in NCIS: Los Angeles.

One of the newly announced hosts of this year’s Eurovision Song Contest is a highly successful alumna of London Met, Daniela Ruah. Daniela graduated with a First in BA Performing Arts in 2004 and is known to thousands of her fans as Special Agent Kensi Blye in the popular television series, NCIS: Los Angeles.

Daniela was born in Boston, USA, but returned to her parents’ home country, Portugal, as a small child. At the age of 16 she started acting in 'telenovelas,' Portuguese television soap operas, and then came to London Met aged 18.

Speaking about her time at the University, Daniela said: "I cannot tell you how valuable my education at London Met was as the beginning of my journey to where I am now. It is the perfect balance between academic and practical work."

One of her former lecturers, Gian Carlo Rossi, Head of Art at the Sir John Cass School of Art, Architecture and Design, said: "

From the outset Daniela was an engaged and dedicated student as an academic and a performer; totally committed to her independent study and responsibility as a group member; loyal and generous in spirit. She combined natural ability and talent as an actor and dancer with hard work, diligence and most importantly, a great sense of humour and an open mind.

"We are delighted with her success and share many fond memories of her time at London Met."

After graduating, Daniela returned to Portugal, but made the move across the Atlantic in 2007 to study at the prestigious Lee Strasberg Theatre and Film Institute.

Acting roles soon followed, prior to her starring role in NCIS: Los Angeles and now as a host for Eurovision which will be staged in May 2018 in Lisbon, Portugal.

This year, 2018, is the first time that Eurovision will be hosted solely by women. Daniela will be joined by Caterina Furtardo, Silvia Alberto and Filomena Cautela. 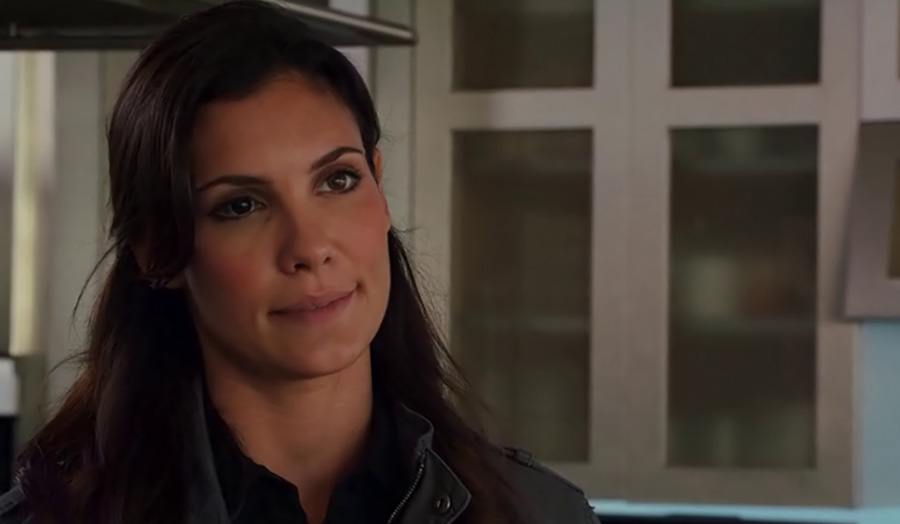