London Met alum shortlisted for the BBC National Short Story Award News from the School of Art, Architecture and Design

Jack Houston, who graduated from the University’s Creative Writing and English Literature programme, is among an illustrious group of nominees for the prestigious fiction prize.

The BBC National Short Story Award is one of the most prestigious for a single short story, with the winning author receiving £15,000, and four further shortlisted authors £600 each.

Jack’s shortlisted story, Come Down Heavy, is a spiralling, unsettling and disorientating story of two women’s seemingly unstoppable descent into a world on the fringes of society; a world of poverty, violence, addiction and despair.

Jack said: 'Studying Creative Writing and English Literature gave me an insight into the history of literature in English and taught me a lot about the trajectories of creative writing in all its forms. The support of my tutors gave me the confidence to experiment and try new things, which has become invaluable in my attempts to create something new for myself and my readers.'

He added that he was surprised to make it to the shortlist, saying, ‘as this will be one of my first published stories, it feels a bit like a case of mistaken identity.’

Jonathan Freedland, the journalist, author and Chair of Judges for the BBC National Short Story Award 2020, says: ‘In a strange, perplexing year, we five judges were privileged to be taken away to worlds both far away and near, rendered by five brilliant writers. These stories deal with the timeless human preoccupations – family, love, loss, longing – but with freshness, energy and great skill. Any reader picking up the collection or tuning into them on air has a variety of delights to look forward to and – luckier than us – they'll be free of the painful task of picking a winner.’

Jack is Hackney Library's poet in residence, and he hosts their online Lockdown Poetry Workshop. His work has appeared in a few anthologies, such as Blackbox Manifold, Poetry London and The Rialto- as well as Anthology 1, a book published by the School of Art, Architecture and Design at the end of each academic year, showcasing the creative work of graduating art students.

The public will be able to hear Jack’s thoughts on being shortlisted on Wednesday 16 September, where he will be interviewed on BBC Radio Four, at 7.15pm. His short story will also be read out live on BBC Radio Four by award-winning actress of stage and screen Anne-Marie Duff, on Thursday 17 September 3.30pm.

The winner of the award will be announced Tuesday 6 October. 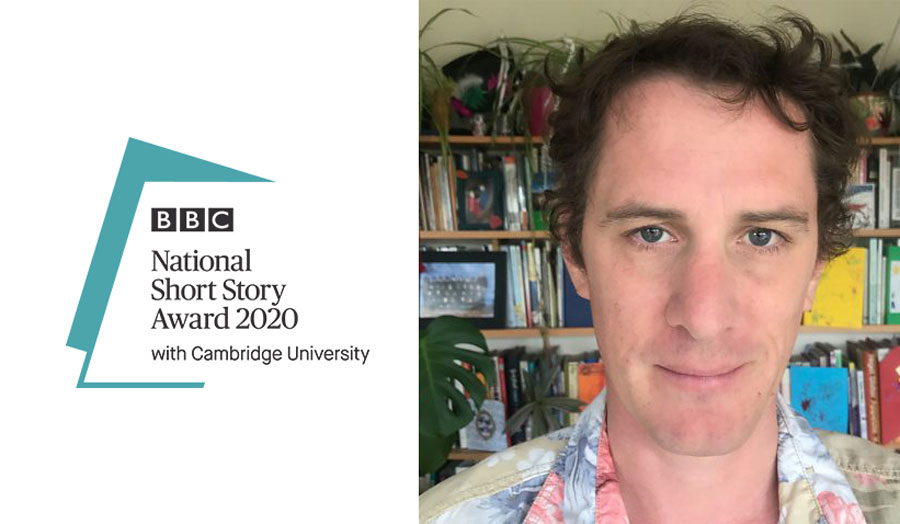