The teams in this five-a-side tournament, held in south west London this month, were made up of Nigerian student societies at universities across the country, including Cambridge, Southbank and Kingston.

“We’re very happy to have won, it’s a great achievement for us given the competition we had from teams like Cambridge and Kingston,” he said.

Also teaming-up with the London Met students were Greenwich University’s Olawale Kasali and Abimbola Kareem in the keeper’s gloves.

The title of ‘Player of the Tournament’ was awarded to Kayode for his seven-goal contribution to the London Met campaign.

Nigerian Students Union UK has confirmed that given the success of its first outing, the tournament will be held annually from now on.

To see more pictures from the tournament, see the photo gallery on the London Met Facebook page. (Images courtesy of Daniel Sync/Sync PHOTOS)

There is further exciting news for London Met’s Nigerian Students Association as Ayoola has also been elected as the next president of the London Metropolitan University Students’ Union. 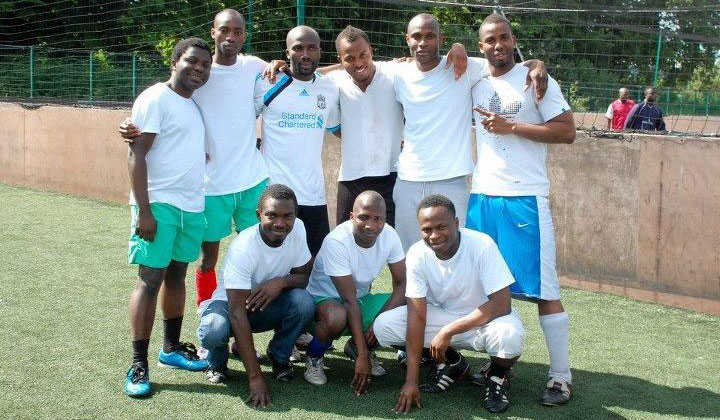