Lighting Up Time News from the School of Art, Architecture and Design

Cass animators help to switch on Christmas in Surbiton.

Surbiton's iconic station will go from Art Deco to Christmas Deco on 26 November, thanks to talented animators at The Cass.

South West Trains and Surbiton Business Community have once again teamed up with the school’s Animation and Film courses to bring a visual extravaganza to Surbiton Station as part of turning on the Christmas lights in the London Borough of Kingston-Upon-Thames.

Using projection mapping and 3D visuals, animators will transform the famous Art Deco station façade into an animated cathedral-style nativity during the 'Turn it on Surbiton' spectacular. Filmmakers will also make a series of fly on the wall shots of the Christmas activities and produce in the local shops to promote the evening community festivities, also projected as a montage onto the façade of Surbiton Station.

The project is the latest in an exciting series of animation live briefs with high profile clients in the capital. Last year, The Cass animation studio created a 3D Zoetrope for the Museum of London which brought alive artifacts from their Thomas Becket Pilgrim Badge collection, exhibited as part of Digital London Late. Animation students also produced virals and immersive experiences as part of health company Aduna’s campaign to "Make Baobab Famous" in Spring 2015. This autumn they are working with the Boiler House Project for the Suspense Festival of Puppetry and there are many other live projects bubbling under. 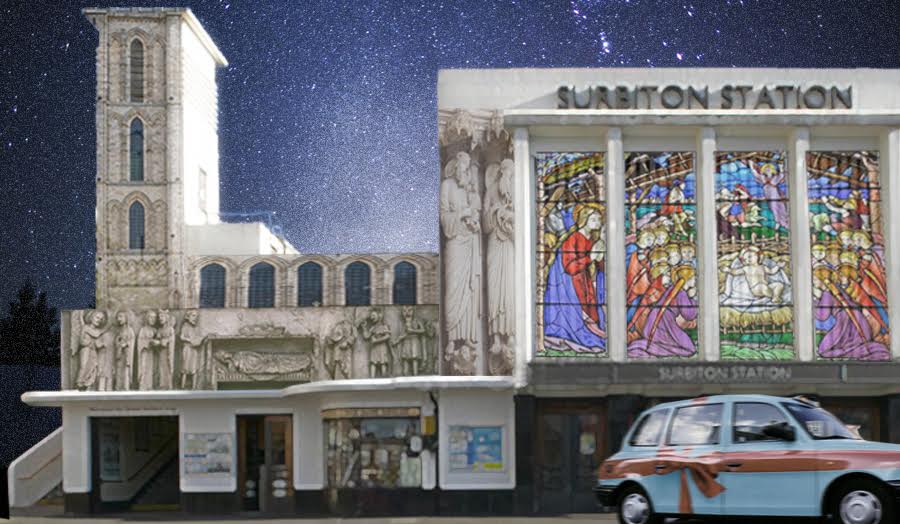