Legend of The East End News from the School of Art, Architecture and Design

Work from the celebrated Cass East End Archive including images by Steven Berkoff and Don McCullin will feature in a new photographic exhibition focusing on the East End of notorious gangsters the Kray Twins.

Legend of the East End has been organised by Studiocanal to accompany and lead up to the launch of LEGEND a new film about the Krays directed by Brian Hegeland in which Tom Hardy plays both Ronnie and Reggie.

The exhibition which takes place at the heart of the twin's old stomping ground, has been curated by Zelda Cheatle and also features photography by David George - an alumnus of MA Photography at The Cass, Brian Duffy,  Jocelyn Bain Hogg and Thurston Hopkins.

With the East End now a place where creativity, commerce and enterprise mix as the wealth of the city spreads eastwards, Legend of the East End offers a snapshot of a bygone era and invites everyone to explore the East End old and new.

LEGEND OF THE EAST END brings together highly personal pieces that have captured in their own unique style the spirit of the East End from the 60s until present day with additional images supplied by Getty and the Museum of London. Rarely seen images from Brian Duffy and Don McCullin capture a city awakening from the rubble of World War II with a real sense of life, where firm and family came first, while haunting recollections from Jocelyn Bain Hogg, exhibited in Europe for the first time, depict the life of The Firm and Reggie Kray’s funeral.

Artefacts on display include early family photos and suits worn by Ronnie Kray. Depicting the softer side of Kray life, visitors will be able to enjoy a cup of tea in a replica of Violet Kray’s living room featuring family photos and 60s wallpaper, whilst experiencing an audio visual installation of interviews with local people who knew or have knowledge of the Krays.

Curator Zelda Cheatle says: “The exhibition looks at the East End of the 60s and 70s, brought to life by the people who lived there, the photographers who captured everyday life, the undercurrents that continue to exist and importantly it reflects the poetry of the streets. Whether you are a visitor to the East End or a long time resident, there will be something to discover about this neighbourhood and maybe a new way of evaluating it.”

The exhibition also shines a light on the evolution of the East End which for many in the 60s seemed impervious and overlooked, even defiant to changes. The Kray’s East End around Bethnal Green Road and Shoreditch is now transformed into one of the most exciting and dynamic areas of London, so visitors will be able to pick up a specially created map that which will help them explore the old and new.

Visitlondon.com will also be supporting Legend of the East End with a dedicated site section featuring a downloadable version of the map, highlights for visitors to the area and related content around film tourism.

Legend opens at UK Cinemas on the 9 September. Watch trailer 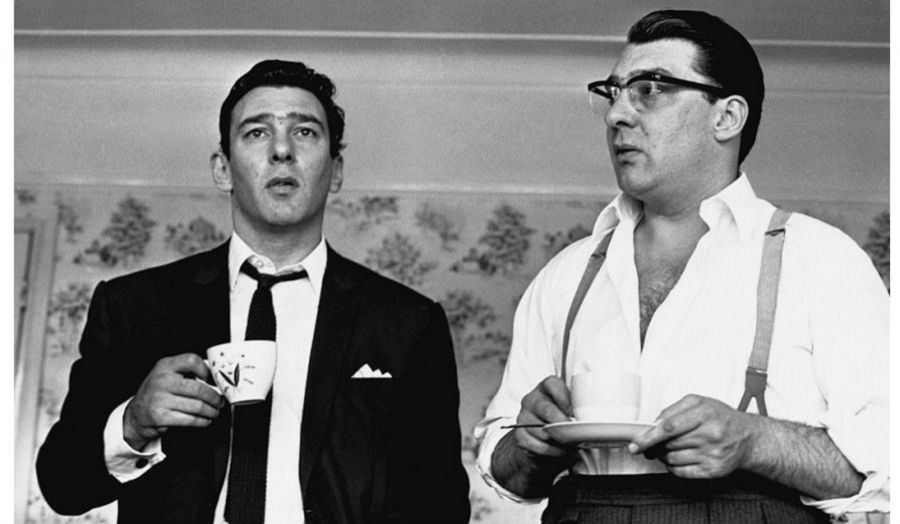