London Metropolitan University has been nominated for two Edie awards this year.

The University has been nominated for the Best Carbon Management and Best Employee Engagement and Behaviour Change categories.

Rachel Ward, London Met’s Sustainability Manager, said: “These nominations are a huge achievement as it shows what the University is doing is paying off. My team and I work hard all year round to improve the University’s sustainable efforts. I would like to say a huge thank you to everyone who is doing their bit.

“We still have a long way to go but if we work collaboratively, we can make a huge difference.”

The University has gone from strength to strength for engagement with its students and staff. In 2016, the first ever Green Impact initiative was launched at London Met, which saw 80 staff members get involved and win prizes with over 400 sustainability actions implemented.

In addition to this, the Sustainability Team organised 50 events in 2016/17, such as bean planting, using recycled coffee cups to grow vegetables and herbs, Fairtrade wine tasting and established a new roof garden at the University’s Aldgate campus to complement the Holloway-based roof garden. To maintain interest, events are kept interesting and relevant. Working with course leaders has helped tailor events to specific modules to encourage uptake of specific lectures such as problems with fast fashion, sustainable entrepreneurship and environmental impacts of food.

“Sustainability is something we excel in and we should be proud of the work we do here. I am proud of the achievements of the staff who took part and look forward to seeing next year’s initiatives.”

In the Edie awards, the University is up against Costain Group, Cross River Partnership, Interface, Jacobs, NATS, Royal Mail Group and Tesco for Best Carbon Management.

The nominations come after it was announced that London Met has been named the best university in England for carbon reduction.

In 2017, Rachel won Best Energy Manager of the Year.

Organised by specialist sustainability publishing house, Faversham House, the Edie awards began life in 2007 and the event has grown and expanded to include all key aspects of business sustainability. Now in its 11th year, the awards ceremony will be held on Wednesday 24 January at the London Hilton, Park Lane, where the winners will be announced. 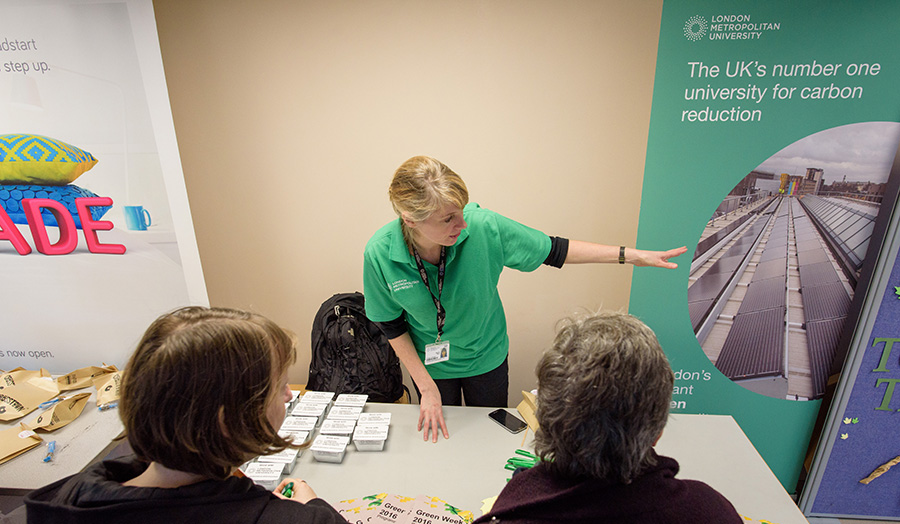