Silversmith Juliette Bigley made it to the Design Council’s list of 70 Ones to Watch.

The Design Council has named Juliette Bigley a student at London Met's Sir John Cass Faculty of Art, Architecture and Design (The Cass), on their list of upcoming designers representing the next generation of young talent.

To celebrate its 70th anniversary, the Design Council selected 70 designers who they predict will shape the future of the sector. The list showcases emerging talents who have demonstrated potential to change the face of British Design.

Juliette’s handmade silver entry named the Conversational Vessels series, is a set of functional tableware. “The collection of carafes, “milk and cream”, “water and wine” and “schnapps set”, explore human relationships with objects, especially the ways in which we read interactions and characters into the objects on a table. These objects are formed to appear to be talking to each other” described Juliette.

As well as being picked by the Design Council, Conversational Vessels was selected as one of the most striking designs on the list by ICON Magazine.

The 70 Ones to Watch were selected out of hundreds of entrants for their outstanding vision, ambition and potential to contribute to the UK’s reputation as a leading design nation

The list of chosen designs was divided into six categories: everyday living, design for health and wellbeing, design for social impact, future of city living and rethinking reality.

According to the Design Council, all the designers were assessed on how innovative, visionary and ambitious they are based on their submitted design, as well as how much potential they have to contribute to the UK's creative economy and reputation.

Juliette was described by the Design Council as being “principally interested in human relationships with objects. Both sculptural and functional, her witty designs also attempt to bring out the character of the objects themselves.

“She is inspired by the body language we use when interacting with others and interested in how this can be applied to objects. Juliette places objects in such a way that they 'converse' on a table.”

Juliette commented, “I am absolutely thrilled to have been selected as one of the Design Council’s ‘Ones to Watch’. It is inspiring to be chosen as someone who may be able to contribute to the future of design within the UK and to be nominated alongside such a diverse and exciting collection of designers.

“The collection the Design Council chose explored the way in which we interact with the objects that surround us through which we structure our everyday worlds.

“2015 is an exciting year where I will finish my Research Masters with a new collection of work at The Cass as well as showing in several exhibitions nationally and internationally.” 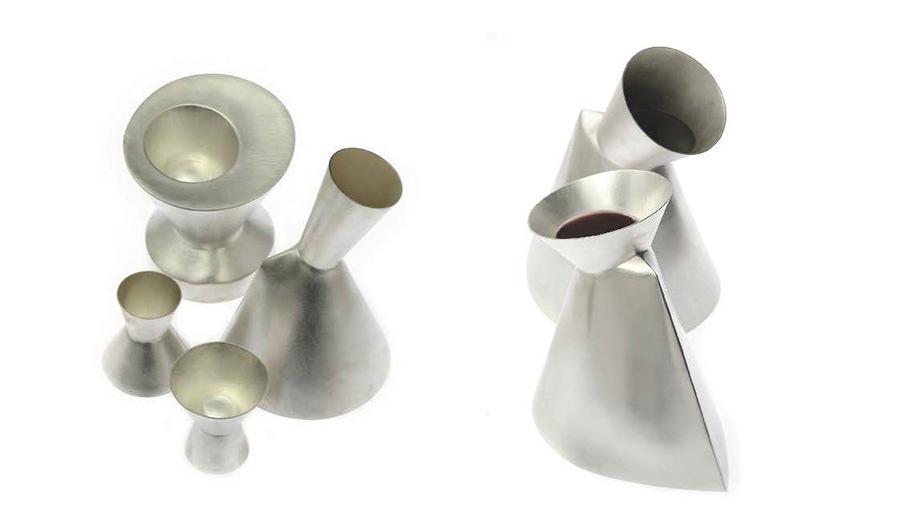