It was a dream come true for budding sports journalists. First-year Journalism BA students on Friday visited The Emirates, home of Arsenal Football Club, where they stood close to the pitch, took selfies in the locker room and even caught a glimpse of the players' private jacuzzi.

It's all part of the Reporting Skills module, where students write a hyperlocal blog about projects and people of interest in the Holloway area.
"Knowing how to write is a crucial skill. Sadly it's not valued as much today as it used to be," Arsenal Communications Manager George Martindale, who has a degree in Broadcast Journalism, told students following their tour.
Arsenal in the Community head Samir Singh talked about his varied projects, which capitalise on the Arsenal name to inspire people in the borough, from primary school pupils to senior citizens. The organisation has worked with more than one million locals since it was founded in 1985.
The visit was "very informative from both a community aspect and a PR perspective", said Sarah Elliott, a first-year from Australia.
The visit, which takes place every autumn, is part of the year-long core module, where students learn how to interview whilst exploring local areas of interest. Other trips include a visit to Freightliners Farm, the homeless Margins Project at Union Chapel and the Estorick gallery.
Students also write about cinemas, hair salons, Christmas markets and more, taking an interest in the community while honing their reporting skills.
"This module is instrumental in helping first-years build up their confidence when it comes to reporting," says Associate Professor Wendy Sloane, the module tutor. "It can be scary approaching strangers for quotes at first, but by the end of the year they're old hands." 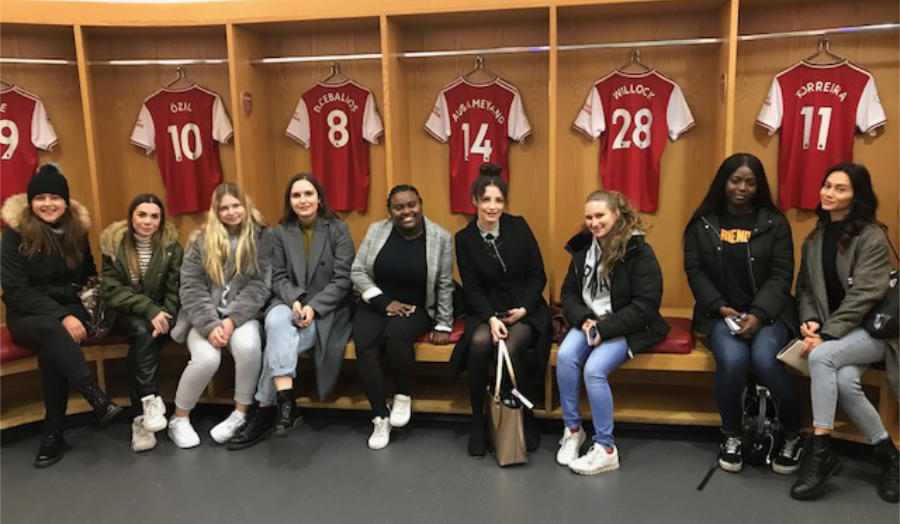