Ahmadou at work as an interpreter

When MA Conference Interpreting student Ahmadou Gaye went to work last week, he didn’t think he’d end up interpreting for the most powerful man on Earth. But that’s exactly what happened when US President Barack Obama came to town.

Ahmadou, who only recently finished his studies in London Met’s Faculty of Social Sciences and Humanities, works as a translator and interpreter for the United States Agency for International Development (USAID). Based in USAID’s Senegal office, he was working at a meeting of civil society leaders in Dakar when the President visited as part of his recent tour of Africa.

“I knew I was going to meet President Obama, but I certainly didn’t expect to interpret for him,” said Ahmadou. “When he arrived we all stopped and stood up to shake hands with him. He was so friendly with everybody, extremely nice, humble and considerate. When I introduced myself he said: “Good to meet you,” in his own distinctive voice!”

President Obama had his own interpreter with him for the meeting, but he had full confidence in Ahmadou’s skill and suggested he continue to cover the session.

“Mr. Obama’s interpreter asked me to carry on because I was covering a meeting between the same civil society leaders and two of the President’s close advisers. I honestly didn’t have time to be nervous because it all happened so quickly!”

The meeting took place on Goree Island, three kilometres outside the Senegalese capital. During the height of the slave trade, the island - also known as the Door of No Return - was a major shipping port to the plantations of America. Previous US Presidents Bill Clinton and George Bush have visited the island in the past.

Taking part in such an historic event was a fantastic experience for Ahmadou, and he is grateful to London Met for helping him progress in his career.

“Attending London Met has taken me to a higher professional level,” he said. “It helped broaden my professional horizons and also developed my employer’s confidence in me. Conference interpreting is a dignified profession here in Africa, and I’m on the verge of becoming fully qualified.

“I also really enjoyed the dynamism of the course leader, Danielle D’Hayer. I’ve never met anyone with so many positive ideas! All the teaching and technical staff were very supportive and friendly and there was a positive approach to the course.”

For Danielle, Course Leader on MA Conference Interpreting at London Met, Ahmadou brought an enriching and positive influence with him.

“Interpreting studies are still fairly new in Africa even though interpreting is used all the time,” she said.  “Ahmadou's knowledge of different African languages and cultures benefited the course a great deal.

“He is continuously developing his interpreting skills which will be extremely helpful for him at USAID. He is now a great ambassador and we are planning to develop virtual classes with Senegal in addition to the ones we have with the European Commission, the United Nations and other universities in Europe.”

Find out more about the Faculty of Social Sciences and Humanities at London Met. 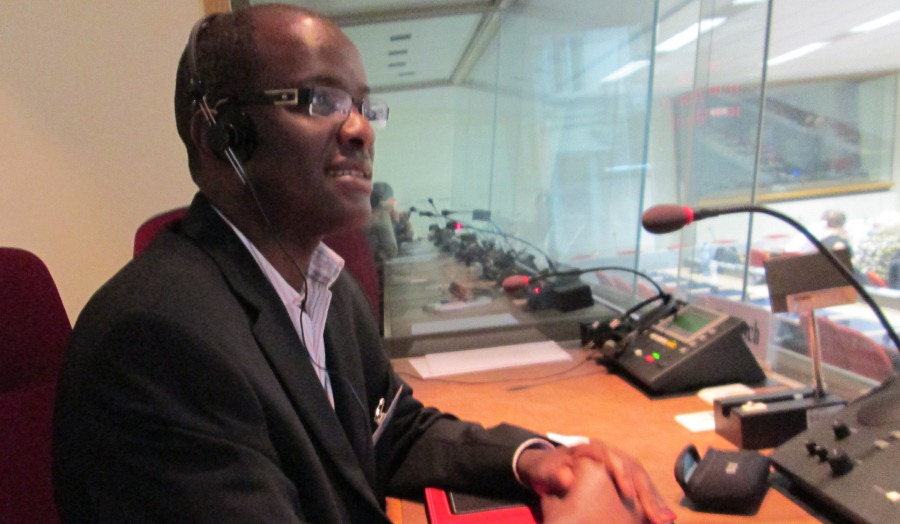