Infinite Traces News from the School of Art, Architecture and Design

MA Fine Art and MA Photography students at The Cass will showcase their final work at the Cass MA Degree show in September 2014 as part of the Faculty wide MA Show.

The work being exhibited in INFINITE TRACES is by an international group of postgraduate students from The Cass Fine Art & Photography Areas. Each artist has created a body of work focused on their particular area of interest—the still image, video, installation, painting, and sculpture. This exhibition reflects the diversity of their practice.

Aware of the connections within their works, they were drawn towards the theme of ‘traces'—traces of peoples' lives, of places, of their environments. This has been interpreted by means of historical documentation, cinema, folklore, found objects, spaces and religion. It became more apparent following the death of Gaynor Ithell, one of their fellow MA students, earlier this year.

It is a fact that all humankind has a desire to leave a mark, a trace on the world. It is so overwhelming, the motivation to make art is intrinsic to the process of living. It is our way of coming to terms with life and death, and so it continues.

In Memorium for Gaynor Ithell 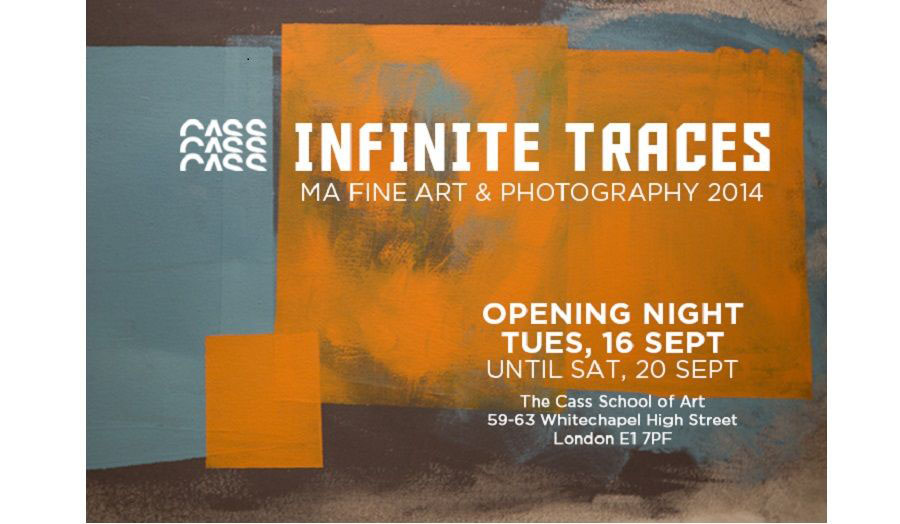