Terri Brookes, a London Met Law student, recently represented herself in a legal case against the Government Legal Service and won.

Terri Brookes, now an LLM Legal Practice student at London Metropolitan University, recently represented herself in a legal case at the Employment Appeals Tribunal (EAT) in March 2017, and won.

Terri, who was a Legal Practice Course (LPC) student at London Met, when the case began, was coming to the end of her first year when she applied for a trainee solicitor’s position with the Government Legal Service (GLS). Terri said: “As I had only received a 2:2 in my law degree at my previous university and as a single parent, not to mention having disabilities and having very specific legal interests, it was my belief that the government would be a very good career option. I met their criteria and thought they would be the most understanding in relation to my personal circumstances and have more flexibility.”

In order to apply for the training contract, Terri, who has multiple disabilities including Asperger’s Syndrome, had to sit a series of tests, one of which was the Situational Judgement Test. “I was aware this would be an issue due to my disabilities,” said Terri.

“I contacted the GLS straight away, and requested the same reasonable adjustments that I had received at London Met. One of these adjustments was not to carry out multiple choice questions and to be able to provide short written answers and for any ambiguous questions to made as clear and precise as possible.”

Terri’s request was declined and so she decided to sit the test without adjustments being made. She was later told she had failed the test and would not be able to take part in the application process any further. “I was in shock that the UK Government Legal Service could be so narrow minded to do such a thing and not make the adjustments,” said Terri.

“I didn’t understand why they did not at least try to make an effort towards change.”

Terri challenged this decision and decided to represent herself in court. “I knew nobody would know this case better than myself and many people do not understand Asperger’s Syndrome, especially in the legal field,” she said. The case ran from August 2015 – March 2017.

In order to represent herself, Terri had to follow the GLS internal complaints procedure as per their website. She then filed her complaint with the Advisory, Conciliation and Arbitration Service (ACAS), then to the Employment Tribunal, exchanged paperwork and waited for a response from the GLS. A preliminary hearing was held a full hearing date was set thereafter.

After the preliminary hearing, the GLS amended their statement to accept Terri has Asperger’s Syndrome which is deemed a disability. Along with witness statements, further evidence was exchanged in accordance with a second case management order set by the court. The full hearing took place and was found in Terri’s favour.

The GLS appealed this decision via review and via the EAT. The review failed and after an exchange of evidence between the GLS and a further hearing the case was found in Terri’s favour. GLS were refused permission to appeal further and Terri had won.

“I felt nervous and was constantly asking myself if I was doing the right thing as I had no support or help from anyone and those that know me thought I was crazy for taking on the GLS let alone my own theories and test case to court,” said Terri.

“To prepare myself, I simply gathered as much information and medical evidence as would be required to prove my theory about psychometric testing and those with Asperger’s Syndrome. I made sure I had a copy of all the correspondence sent and received between my GLS printed in hardcopy and ensured that the complaints procedure, ACAS, and court applications were as detailed as possible and filled out as necessary.”

Since the case, Terri has been offered a trainee position at the GLS and is due to start in September 2018. She also hopes to study for a PhD in the future.

Find out more about studying in the Guildhall School of Business and Law at London Metropolitan University. 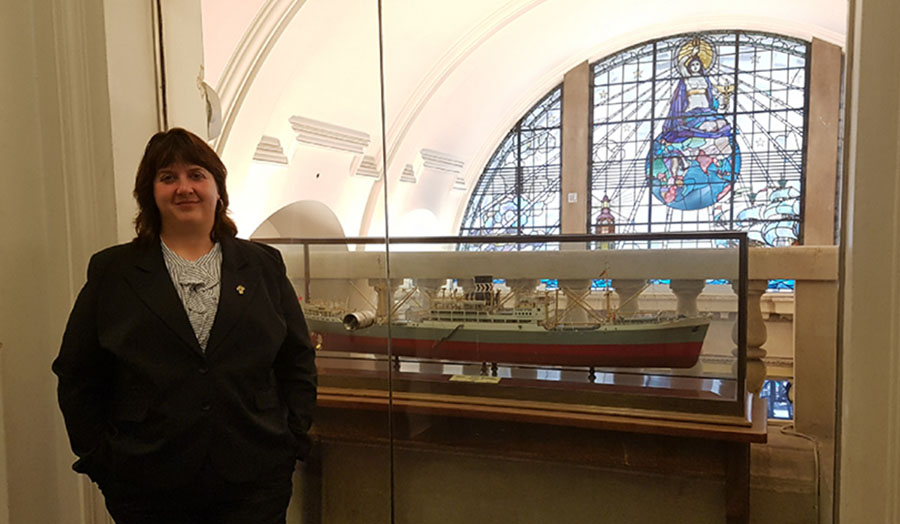